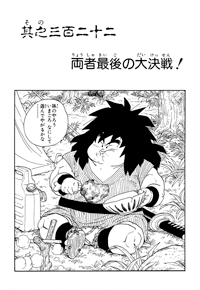 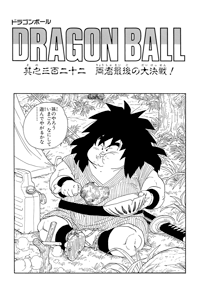 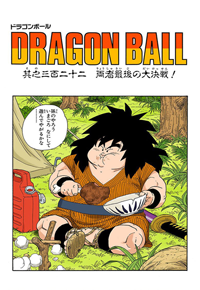 A Final, Grand Decisive Battle for Both Sides!

Camping out in a jungle eating, Yajirobe wonders what that Son bastard is up to right now. Back at the battlefield, Freeza says this planet’s lifespan should be up in about 2-3 minutes, and asks the Super Saiyan if he’s getting impatient. Goku says nothing, and Freeza realizes he must be buying time for the brats to escape. But he’ll just make his next target Earth. Goku says that isn’t it, he’s just waiting for Freeza to die. But Freeza gets pissed and says, “Your big mouth stops here!!!! I’ll shut you up right now!!!!” Goku thinks to himself that Gohan and the others are still on the planet, and wants them to hurry. Freeza charges at Goku, but then stops and appears above him, and hits Goku with a shockwave.

Freeza tries to hit Goku from behind, but Goku grabs his arm, and headbutts Freeza in the face. Then he bends Freeza’s arm, starts to swing him around in circles, and finally lets go and Freeza goes flying. Freeza stops himself way up in the air. Goku prepares to shoot a Kamehameha up at Freeza, as Freeza begins powering up. Freeza dives down, as Goku unleashes his attack. Meanwhile, “Now, speak thy wish. Any wish, but only one, and I shall grant it.” Mister Popo asks to have those killed by Freeza and his men to return to life, and asks if he can make a wish on a distant planet. “I don’t know, but I shall try.” Mister Popo asks Shenlong to please try his best. Goku screams “Go to Hell, Freeza!!!!!” as his Kamehameha nears Freeza. 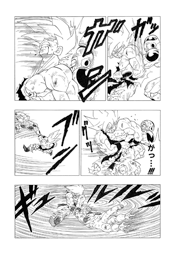 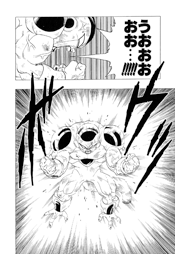 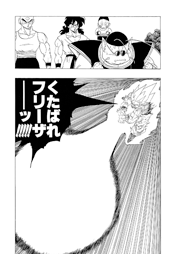