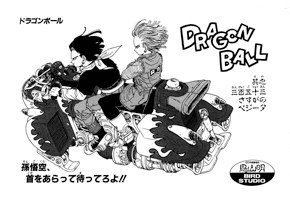 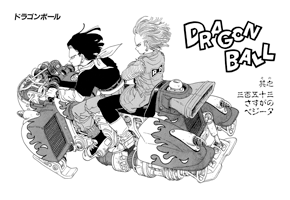 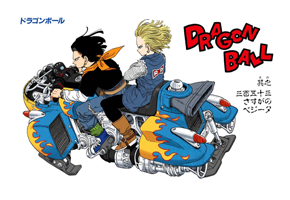 As You’d Expect of Vegeta

No. 17 says the helpers are here, and doubts No. 18 could handle all of them by herself. No. 17 says he’ll have to go, and asks No. 16 if he will too. “No, I won’t.” No. 17 thinks he’s weird, and wonders what he was made for anyway. “Like I said. To defeat Son Goku.” No. 17 sighs and goes on, and Tenshinhan tells the others No. 17’s coming. Trunks tells Vegeta that they need to run away, but Vegeta refuses and tells him to go away. No. 18 tells him he can run if he wants, they have no interest in those who run away. “You must be joking. Starting right now, this is a time for me to defeat you… What reason do I have to run away… Say what you want, but as far as me fighting together with Earthlings or Namekians or Kakarrot… I’d rather die fighting by myself.”

No. 17 starts clapping, saying that was a splendid commentary, as to be expected of the prince of the Saiyans. No. 17 continues that they seem to put a lot of value in the Bushido (Way of the Warrior) spirit, but if anyone interferes, he’ll get involved as well. Vegeta says they’re all cowardly peace advocates, so they won’t do anything. No. 18 asks if they’ll continue, and Vegeta says of course. No. 18 dashes forward and hits him, sending him flying. She goes after him, and Vegeta catches himself and kicks off the mountain, then flies at her. He headbutts her, knocks her into the mountain, and then shoots a large blast down at her. There’s a big explosion, but No. 18 easily survives, although she is a lot more tattered now, and Vegeta goes down into the wreckage and lands. She takes off her jacket, and asks him if Son Goku is even stronger. Vegeta says he’s the strongest now, as he originally was.

Vegeta hits her with a flurry of punches and kicks, and everyone is amazed at Vegeta, especially Trunks. Except Piccolo, who says Vegeta will be killed. The enemy’s power isn’t dropping at all, but if Vegeta keeps moving at that pace his stamina will go way down. No. 18 blocks an elbow from Vegeta, then kicks him off his feet, and punches him. Trunks starts to get pissed, as No. 18 kicks Vegeta hard in the arm, and Vegeta clutches it and screams in pain. Trunks suddenly turns Super Saiyan and screams “Daaaaaaaad!!!”, and flies in to help him. 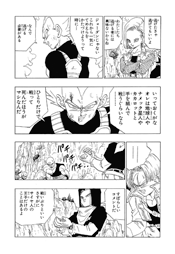 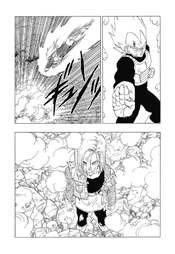 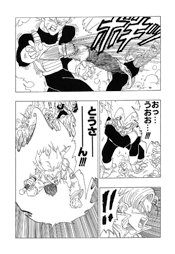