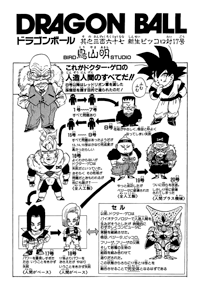 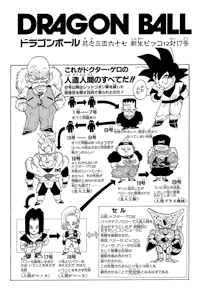 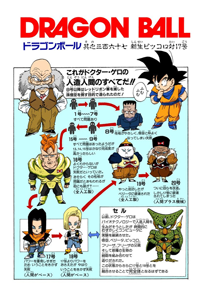 The Reborn Piccolo vs No. 17

No. 17 wonders why Piccolo’s doing this, maybe to buy time. Then he tells Piccolo to bring it on. Piccolo is surprised he’ll fight alone, and No. 17 says of course, Piccolo is no match for him anyway. Piccolo thinks this is great, even just defeating one of them means Cell can’t reach his perfect form. Piccolo starts really powering up, and No. 16 gets shocked and says that’s not Piccolo. Then Piccolo rushes over and elbows No. 17 in the back of the head, sending him flying. Piccolo follows him, then kicks No. 17 into the ground. He prepares for a blast as No. 17 starts to get up, then fires, blowing up a huge part of the island. However, No. 17 dodged it and is safe up in the air. Piccolo sees him and smirks, and then prepares to fire something else at him.

Goku says Piccolo’s started fighting, and Gohan wonders if his opponent is Cell. Goku says he can’t feel their ki, so it must be an artificial human. Gohan prepares to run off, saying Piccolo will be killed, but Goku tells him there’s nothing he can do if he goes. Besides, Vegeta and Trunks should be coming out soon, powered up, and Piccolo is unbelievably strong right now. Speaking of Piccolo, he’s surrounded No. 17 with a cluster of little balls of ki, and he brings them all in on No. 17 at once, causing a huge explosion. But, when the smoke clears, No. 17 had protected himself with a barrier. Piccolo is a bit annoyed. No. 17 suggests they change locations, since “somebody” blew up the island they were on. Meanwhile, Cell is attacking an office building. He notices a fierce ki, Piccolo’s. For him to be fighting with that much power, his opponent must be the artificial humans! So he’s found them, and with good timing. “I’m on my way now!! Just you wait!!! My power has already surpassed yours!!!” 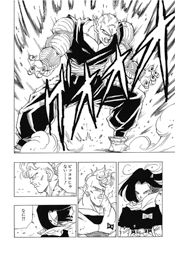 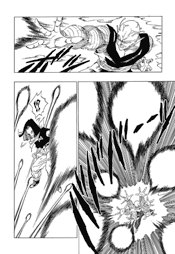 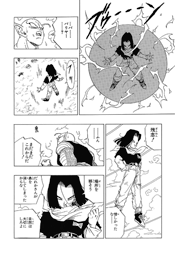