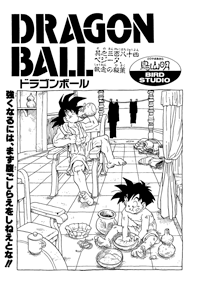 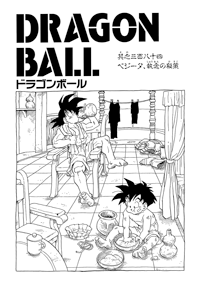 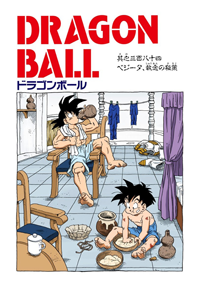 Vegeta has a shocked look on his face, and Cell tells him to smile. Then Cell flies over and kicks Vegeta through some mountain, but Vegeta catches himself mid-air. Cell says their difference is too great, so the fight will be boring. Trunks is getting pissed, and Kuririn says to go help Vegeta or he really will die. Trunks says he’ll wait until his dad is unconscious, so he won’t notice. Kuririn says he’ll be killed before he goes unconscious. No. 16 prepares to attack Cell from behind, but Cell tells him not to do anything pointless. Cell doubts he could do anything anyway, since he’s just junk now. Vegeta is panting, but he holds his arms out and starts powering up. He brings his arms in, with the hands facing out in a clutching motion. The whole area is shaking like crazy with Vegeta’s powering up.

Vegeta yells at Cell that no matter how much he says he’s reached his perfect form, he’s only gained some courage, and he’s still just a coward. Cell just smirks, while Kuririn wonders if Vegeta plans to blow up the Earth with this technique. Cell stands to take it head on, while Trunks asks his dad to please stop. Kuririn tells Trunks they need to run away, and Vegeta screams, “FINAL FLASH!!!!!” He unleashes a huge blast directly at Cell, and Cell starts to look worried at the last minute. The blast is so great that it shoots out into space. Trunks and Kuririn got off the island in time, and they think Vegeta really did it. Vegeta powers down, while Cell is standing there with a huge chunk of his body missing. Vegeta says, “That’s what you get!!” 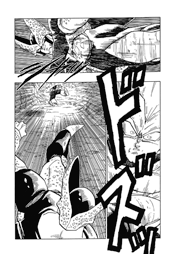 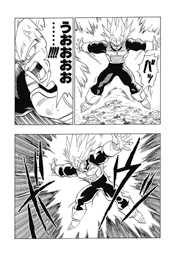 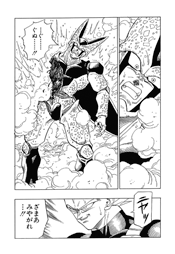