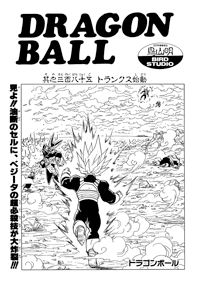 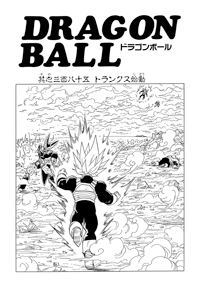 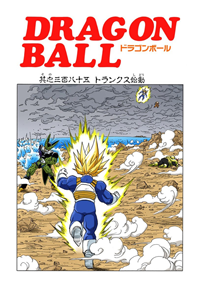 Cell’s right arm and a huge portion of his torso are missing, and he can’t believe this. Vegeta starts laughing, and Kuririn is excited that he actually did it. Cell starts to freak out, and Vegeta laughs even more. But then Cell smirks, and asks Vegeta if he’s forgotten that he has Piccolo’s blood flowing through him. Cell then regenerates his missing body parts, and Vegeta freaks out.

Cell stretches his new arm, and says he’ll kill Vegeta now. He walks over toward Vegeta, who desperately fires a whole bunch of little blasts at him. When the smoke clears, Cell is undamaged, and he punches Vegeta, knocking him down. Vegeta starts to get up, but then Cell kicks him up into the air. Cell then gets up into the air behind him, and elbows Vegeta down into the ground. Vegeta hits hard, face first, and then loses Super Saiyan, returning to normal.

Kuririn thinks he must be unconscious, or maybe dead… Cell laughs about how Vegeta is stubbornly still alive. Kuririn tells Trunks now he has to do it, but Trunks says he knows, and he’s already powering up. Trunks starts bulking up a lot, and Kuririn freaks out at his power. 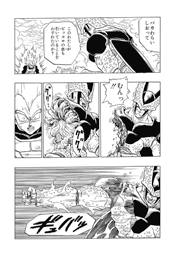 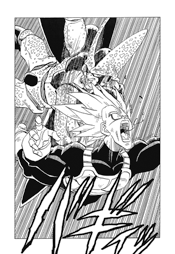 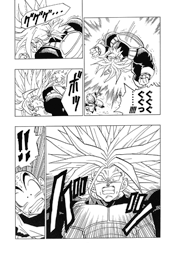