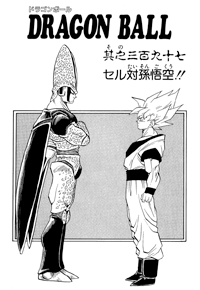 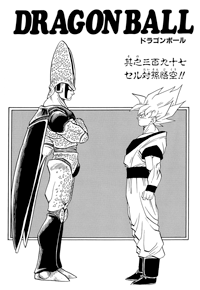 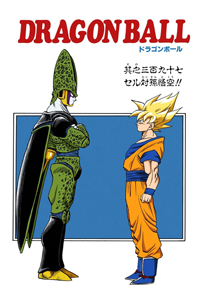 Goku steps into the ring, while everyone looks on with interest. Cell puts his arms down at his side (he’d had them crossed), and says this will be very fun, while Goku takes his own stance. Trunks thinks they’ll finally see why Goku has been so strangely calm. The announcer tells the world that Mister Satan is taking a break, and during his break, someone of the unknown group will be fighting. Then he asks Satan his thoughts on this unknown competitor, and Satan says he looks like an amateur with that stance. Satan says while he could defeat Cell in two seconds, that guy (Goku) probably won’t last five seconds.

Cell says to come on, and so Goku rushes forward. Cell blocks a kick and a punch, and then Goku ducks a strike from Cell. The two of them exchange a few blows, until Goku backflips away. Cell flies forward, head first, but Goku puts up his arms to block it. Cell prepares to hit Goku, but Goku instead kicks Cell up into the air. Goku follows him, launching a Kamehameha along the way, but Cell just swats it away. Goku then appears behind Cell and punches him in the back, and Cell gets pissed and punches Goku in the face, then knocks Goku back down into the ring. Goku stops himself from landing hard, as Cell lands too. Cell says that’s enough warming up, as Satan and the announcer look on with dropped jaws. 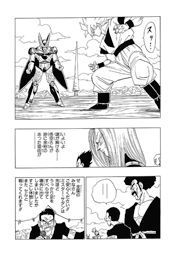 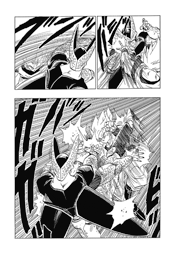 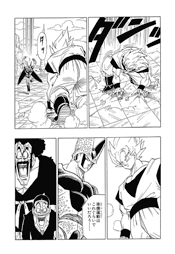