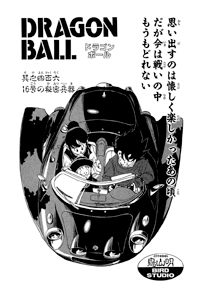 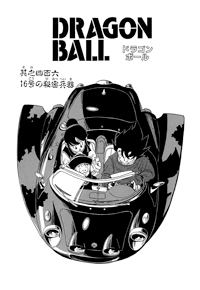 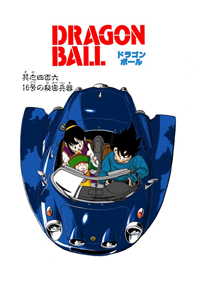 Gohan yells to stop, while Cell lands on the cliff where everyone has been watching. He snatches the bag of senzu away from Kuririn, and says he’ll hold onto these. Then he flies back to Gohan, and says people like them are no match for him. Gohan asks what he’s planning. Cell says he just wants Gohan to get angry, so he’ll hurt his friends to do it. Gohan says to stop, and warns that he has no self-control when he gets angry. Cell says that’s why he wants to hurt his friends and bring out that power, and then he looks over toward the cliff. Piccolo yells to be careful, while Goku wishes he’d eaten the senzu sooner. Gohan rushes at Cell, but Cell just kicks him away, and says if he’s going to get angry, get angry all the way. Cell suddenly notices No. 16 coming from behind, and he grabs onto Cell in a reverse bear hug, of sorts. Everyone is surprised, and No. 16 warns them he’s going to blow himself up, along with Cell.

No. 16 explains he has a bomb hidden within his body, and then goes for it. Cell is freaked out. But… nothing happens. No. 16 wonders why, but Kuririn knows. When he was being repaired at Capsule Corporation, Dr. Brief found an incredible bomb, and took it out because it was dangerous. Cell laughs, then turns around and blasts No. 16, blowing him up into many pieces. No. 16’s head lands near Cell, and Cell kicks it away. It bounces off a mountain and lands near Satan. Cell looks at the cliff, and says now it’s their turn, noting that there are seven of them in all. What had been Cell’s tail is now just a stinger looking thing in the middle of his back, and it opens up wide. Instead of absorbing anyone though, Cell spits out seven little mini-Cells, which he calls Cell Juniors. He tells them their opponents are the seven up on the cliff, hurt them. The Cell Juniors fly at them, Goku yells at everyone to be careful, while Vegeta and Trunks each turn Super Saiyan. Cell thinks it’s no use, since they can’t win against the Cell Juniors. 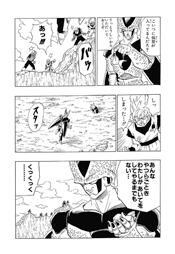 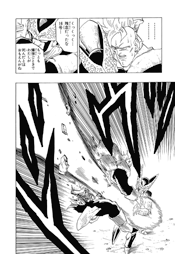 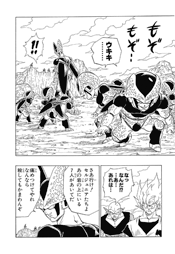