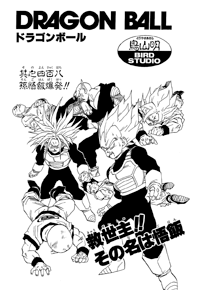 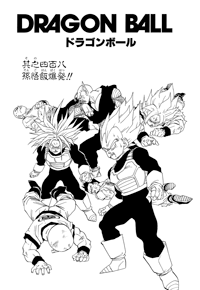 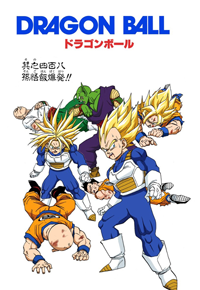 Cell, Vegeta, Trunks, Piccolo, Goku, and the Cell Juniors all turn and look at Gohan with surprise. Gohan has transformed. His hair has gotten longer and straighter, still sticking up, and the aura around him is filled with crackly lightning. “I won’t allow this from you anymore.” Gohan sternly walks toward Cell, and Cell is glad to see his true form. But Gohan just snatches the bag of senzu away from him, and then flies away. Gohan lands next to a Cell Junior, who is standing over Kuririn. It turns to attack Gohan, but Gohan just punches its head off. Everyone is shocked, Cell especially. But not Goku, he lightly chuckles, because he knew it all along.

The rest of the Cell Juniors fly toward Gohan, and he kills one, two, three, four, five of them, each with just one hit. The seventh one gets scared and tries to fly away, but Gohan flies after it, and knocks its upper body off with one strike. Cell looks very worried, while the others are surprised. Goku thinks Cell deserves it. Gohan tosses the bag of senzu to Trunks, and says to take care of everyone. Gohan lands next to Cell, and the two of them stare each other down. Vegeta thinks this is unbelievable. 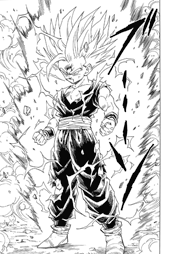 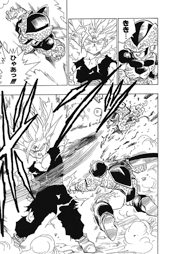 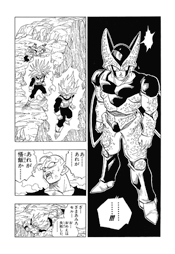