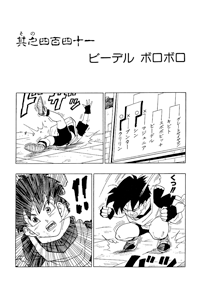 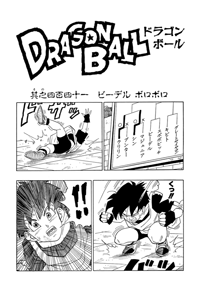 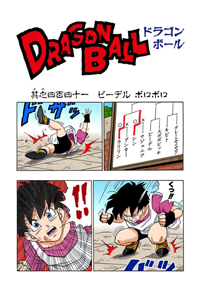 Videl hits the ground after getting hit by Spopovitch, but hops back up, only to get sent flying out of the ring. However, she quickly catches herself with Bukūjutsu, and flies back into the ring. Gohan is proud of her, but Goku says it would’ve been better if she’d fallen out. There is something very weird about this Spopovitch guy, with all the damage he should have taken, and Goku can’t really feel any life force. Gohan wonders what this means, but Goku doesn’t know. Videl flies at Spopovitch and kicks him in the face, twisting his head completely around. Normally this would mean a broken neck, and death, but Spopovitch merely twists his head back to normal…

Videl is shocked, and Spopovitch takes the opportunity to punch her in the face. She’s bleeding badly now, and he rushes toward her again, so she flies into the air to avoid his attack. Gohan thinks that’s good, she can recover her strength up there. But Spopovitch grins and flies up too, shocking everyone. He flies up higher than Videl and fires a ki blast down at her. She nearly crashes into the ring, but catches herself at the last minute. Kuririn can’t believe he can use ki blasts, but Vegeta says he purposely used a weak one so as not to kill her and lose the match. Goku says he seems to be holding power that far surpasses what he should have, which makes no sense. Videl takes a shot to the face and hits the ring, but she gets up, refusing to give in. The crowd thinks this is cruel, and Gohan wants her to give up. 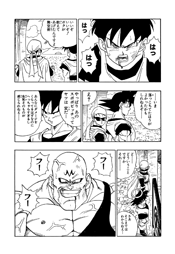 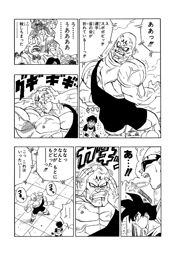 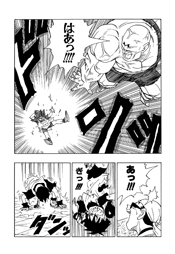