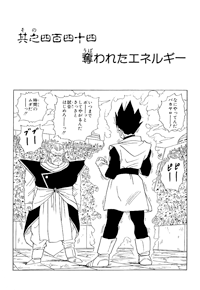 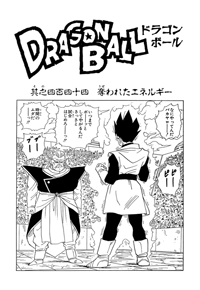 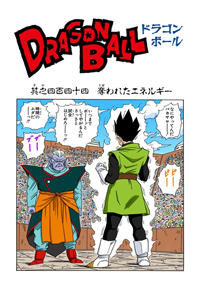 The crowd is getting restless, but Chi-Chi yells at them to shut up, he’s obviously gonna do something awesome. Kuririn asks Kaiōshin what will happen when Gohan transforms. “I think that the two called Spopovitch and Yamu may attack Son Gohan. But as I said before, please don’t help him. …It’s okay. I don’t think they’ll take his life. Their goal is just strong energy.” Goku is curious what he means by energy. Back in the ring, Gohan says he’ll turn Super Saiyan, even though he doesn’t know why. In fact, he’ll go even further and go over the wall of Super Saiyan. Kibito is shocked to hear there’s something beyond Super Saiyan. Gohan ramps it up and transforms all the way up to that stage, shocking everyone. Even Videl sees this, and wonders what’s going on. Spopovitch’s meter is going off the scale, and he says this guy has tremendous energy. Gohan asks if he wants to fight now, but Kibito can’t believe that someone of the lower world could have such incredible power.

Vegeta thinks he’s not nearly at the level he was fighting Cell since he’s slacked off on his training during these peaceful times. But Kaiōshin says his power is already well beyond imagination, and wonders what would happen if that power “stopped”. Shapner and Erasa suddenly realize Gohan is the Golden Warrior, while other people in the stands remember seeing guys like that when Mister Satan was fighting Cell. Yamu now has another little device with an “M” on it, shaped like a turkey baster. The two of them fly into the ring, and Gohan sense them right away. He turns to take on the attackers, but Kaiōshin suddenly throws out his hands, using his power to bind Gohan still. Spopovitch restrains Gohan, as Yamu uses the device to suck away Gohan’s energy. Once the device is full, Yamu and Spopovitch fly off, and Gohan collapses.

Kaiōshin tells them not to do anything, as Kibito will return Son Gohan to normal. “From here, I’m going to follow those two without being noticed. If you’d like, all of you can come with me. It would be very helpful.” The crowd is very confused, while Chi-Chi is worried about Gohan. Kuririn asks Goku what to do. Goku of course wants to follow, to help out Kaiōshin, and to finally find out what’s going on. 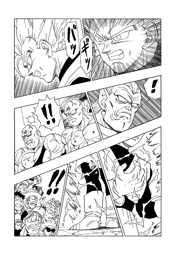 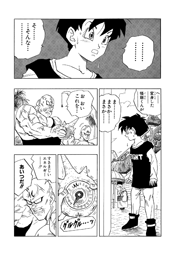 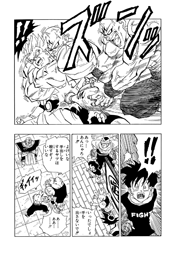