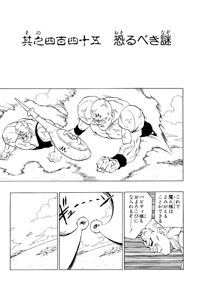 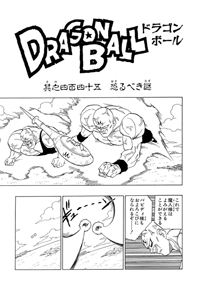 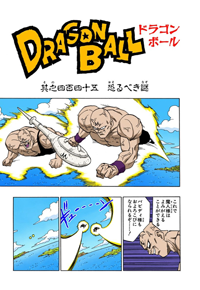 As they fly along with Gohan’s stolen energy, Yamu thinks they can revive Majin and Bobbidi will be very pleased as well. Kaiōshin is in pursuit, from a safe distance. Back at the tournament grounds, Videl rushes over to Gohan, as Kuririn says he’ll go with Goku, but first he’ll tell his wife. Vegeta tells Kakarrot not to screw with him; what about their fight? Vegeta doesn’t care about Kaiōshin or whatever, he just wants to settle their score, one-on-one. That’s the only reason he came to this stupid tournament. Goku says they can fight afterwards, but Vegeta reminds him that he’s only here for one day. Goku says that’s why Vegeta should come with them. Piccolo is the first to fly off, and Goku goes to make sure Kibito will take care of Gohan. With Kibito’s assurance, Goku flies off as well, followed by a reluctant Vegeta. No. 18 says she’s staying here so she can get the prize money. Kuririn tells her not to kill anyone, and No. 18 tells him to run away if it seems too dangerous, as he flies off.

Videl asks Kibito where everyone went, and he says she’ll know if she goes. Some doctors come to help Gohan, but Kibito tells them to shut up and watch. He puts his hand on Gohan’s chest, and begins healing him, contemplating all this unfathomable power and pure energy Gohan has. Goten and Trunks are watching from a roof, wondering what was up with Gohan, and why everyone flew off. Gohan is finally fully healed, and Kibito says he’ll tell him everything if he comes with him, and then flies off. Satan notices that Videl is with that kid again, and gets pissed. Videl wants to go too, but Gohan says only if she promises to run away if things get dangerous. Gohan and Videl then fly off. Satan sees this, and says that Videl has become a hikō girl. (Hikō means “flying”, but also “delinquent”. It’s a very bad pun.) Bulma, Chi-Chi, and Yamcha wonder where everyone went, and the announcer is worried about the Tenka’ichi Budōkai.

Piccolo, Vegeta, Goku, and Kuririn all catch up to Kaiōshin. “So you’ve come after all. This is a great help. I probably can’t win unless you all lend me your power.” Goku asks if he means he can’t beat those two. “No. Those two are just being used. By a sly mage.” A mage? “Yes. Long ago, when humanity had just begun to walk on two feet on Earth… Far off in space, there was a very evil mage named Bibbidi. One day, Bibbidi unintentionally created an incredible monster. A majin (lit. “magical being”) called ‘Boo’. Majin Boo had no reason or emotion. He did nothing but destroy and massacre repeatedly. He was a monster born only to bring terror. In a matter of years, hundreds of planets were turned into planets of death.” Vegeta thinks (in his head) that the Saiyans did the same thing. “No, Vegeta-san.” Vegeta is shocked to realize he read his thoughts. “Back then, there were five Kaiōshin. All of us held the ability to defeat someone like Freeza in one attack. Of those Kaiōshin, four were killed by Majin Boo. Majin Boo’s ferocity was controlled only by Bibbidi. When he needed a rest, he temporarily sealed away Majin Boo.”

Meanwhile, Kibito is telling the same story to Gohan and Videl. “Bibbidi brought the sealed up Majin Boo to Earth, because that was his next target. Kaiōshin was waiting for this chance. And so, before Boo’s seal was released, he was able to kill Bibbidi. The ball in which Majin Boo is sealed has remained sealed, without being destroyed. We’d thought it best to not unnecessarily disturb it. Moreover, the only one who could release the seal was the Mage Bibbidi. …However, just recently, we learned something terrible.” Kaiōshin finishes the story: “The Mage Bibbidi had a child…!! He has an evil heart, just like his father. The Mage Bobbidi…!!” 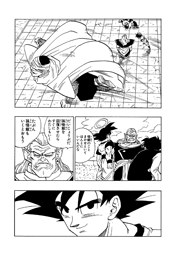 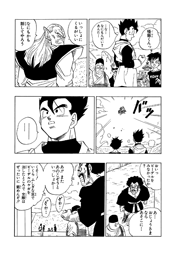 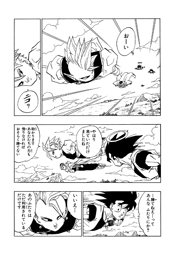