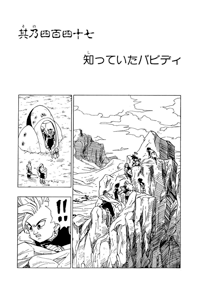 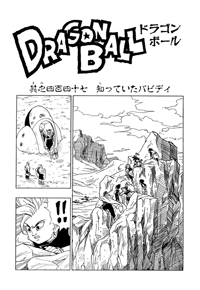 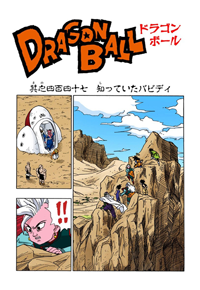 Kibito and Kaiōshin freak out that Bobbidi has taken control of Dabra, king of the Demon Realm. Goku asks if he’s the big guy, and Kaiōshin says yes. He explains that he’s the king of the Dark Demon Realm. In this world, they may be the strongest, but in the demon world, Dabra is the top. Kuririn starts to get worried, as Gohan realizes the smaller one must be the Mage Bobbidi. Kaiōshin says he has little strength, but he uses fierce magic, enough to make even Dabra his underling. It’s not just that his magic is powerful enough to enslave really strong people, Bobbidi takes advantage of the evil in one’s heart and controls them via their thoughts. Thus, Dabra was a suitable choice. That’s why only people like them without evil in their hearts can fight Bobbidi.

Kaiōshin says they really hadn’t counted on Dabra being here, and Vegeta asks if they think they can’t win. Vegeta says this Majin Boo won’t be revived, because he won’t lose to guys like this. Goku tells Kuririn he should leave, and Kuririn agrees. Meanwhile, Bobbidi says the energy device is full, and is fairly close to the amount they need to revive Majin Boo. But now he doesn’t need those two anymore, and Bobbidi suddenly makes Spopovitch swell up until he explodes. Yamu tries to run away, but Pui-Pui takes care of this by firing a blast at Yamu, killing him on the spot. Bobbidi says he’s noticed they had brought along lots of “bait”, including his fathers’s killer, Kaiōshin. Dabra figures they intend to hide, noting that there’s seven of them. They can’t use Kaiōshin or Kibito’s energy, but three of the others have wonderful energy.

Bobbidi agrees that the energy from those three should be plenty. They’ll lure those three into the ship and suck away their energy, but Dabra doubts Kaiōshin would allow that. Bobbidi says they should clean up the garbage, aside from those three. Then those three will probably follow them into the ship. But, Bobbidi tells Dabra to leave Kaiōshin alone, he wants to take care of him personally. Bobbidi heads inside with the energy device, and tells Pui-Pui to come along so he can be the first stage. Goku wonders why they left Dabra alone, and Vegeta screams that they’ve been discovered, as Dabra flies toward them! 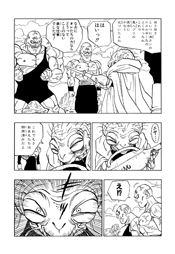 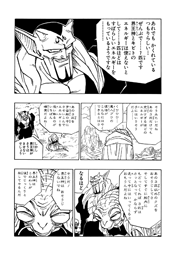 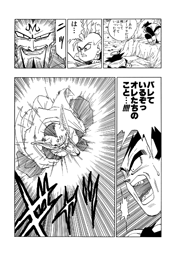