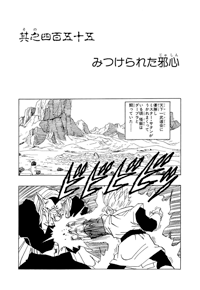 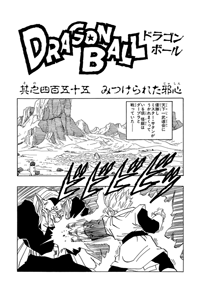 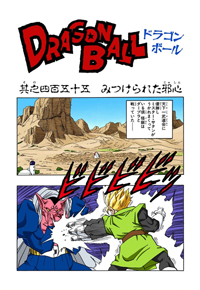 An Evil Heart is Found

While Mister Satan was been busy winning the Tenka’ichi Budōkai, Gohan has been facing off against Dabra… Gohan, as a Super Saiyan, punches ferociously at Dabra, but is blocked. He then kicks Dabra off into the distance, but Dabra catches himself, and blows a stream of fire back at Gohan. Gohan easily dodges it and flies back toward Dabra, but hits a few of Dabra’s afterimages. The real Dabra is a distance away, and announces himself just before he shoots an electrified fireball toward Gohan. It’s a direct hit and Gohan is knocked into the surrounding water. Gohan flies back up to the surface and throws away his tattered Great Saiyaman clothes.

Goku says this guy’s stronger than he thought. Vegeta thinks this is no one they can’t beat, though, and thinks Gohan was stronger when he was just a brat. Goku agrees that he’s really been slacking, but Vegeta is still getting irritated watching this. Gohan flies toward Dabra again, but Dabra spits at him. Gohan puts his hand up just in time to block it, so it hits his glove, and he quickly tosses the glove away as it turns to stone. Dabra then flies toward Gohan, and magically creates a giant sword. He swings the sword down at Gohan, but Gohan catches it, and snaps the blade in half. Bobbidi wonders what Dabra’s doing, thinking he needs to inflict more damage.

Vegeta is really pissed now, and says he’s gonna end this himself. Goku tells him Gohan isn’t really losing, but Vegeta says he doesn’t care about this game. Vegeta wants to hurry up and end this so he can fight him, that’s why he went to that stupid Budōkai in the first place. Dabra smirks, as Gohan wonders why he all of a sudden isn’t fighting back. Dabra telepathically tells Bobbidi to return them to the ship, since he’s discovered something great that will revive Majin Boo. Bobbidi goes along with it and they’re suddenly back in the ship. Dabra heads back through the door, but Gohan asks him why he’s running away from their fight. He tells Gohan he’s not running away, he’s just found another fighter. Bobbidi thinks this better be a great discovery. “One of them holds a strong evil heart… With an evil heart of that caliber, we could draw him over to our side…” Bobbidi likes the idea of them fighting each other to gather the necessary energy, and thinks Majin Boo will finally be revived. 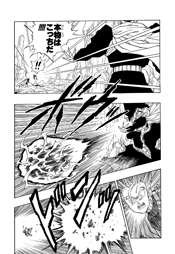 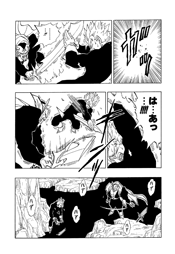 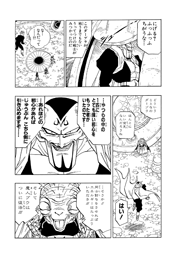