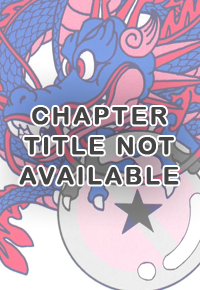 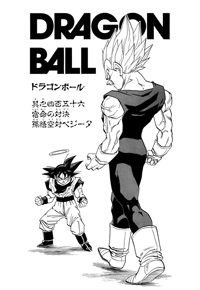 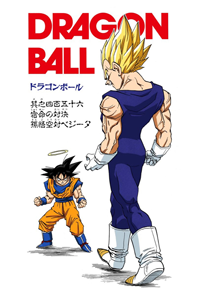 Goku wonders about this other fighter that would be better than Dabra, and Gohan wonders what he meant by “found”. Kaiōshin seems to realize what he meant, as Bobbidi watches Vegeta through his crystal ball. Bobbidi agrees that he definitely has an evil heart, and didn’t come here for the sake of justice. Bobbidi starts to cast his spell, and Vegeta suddenly begins clutching his head. He then becomes a Super Saiyan and struggles with himself. Kaiōshin tells him that Bobbidi is trying to use his evil heart, and tells him to clear his thoughts. Bobbidi tells Vegeta he’s going to bring out his hidden power and make him surpass his limits. Goku and Gohan begin to realize what’s happening, as Vegeta screams, and then weakly bends forward.

Vegeta looks up with an evil grin, and an “M” is now visible on his forehead. Bobbidi is quite pleased, and decides to send them somewhere good to fight. The four of them are transported to the ring of the Tenka’ichi Budōkai, where Mister Satan and the announcer are still standing. The announcer recognizes them, and says the matches are already over. Bobbidi encourages Vegeta to steal their energy, fight hard, and kill them if he likes. Vegeta tells Bobbidi to shut up, his only goal is Kakarrot, no one else matters. Bobbidi realizes he’s not under his complete control, but no matter. Yamcha and the others notice them, and Satan knows they’re the ones from “back then” (against Cell), and that they’re still alive. Vegeta holds out his hand, with his palm facing out, and fires a Big Bang Attack toward Goku. Goku stands to take it head on, with his guard up, but it goes past him and hits the crowd, blowing up almost an entire section of the arena wall and then shooting out into the city. Vegeta smirks, and Goku is gripped with rage. 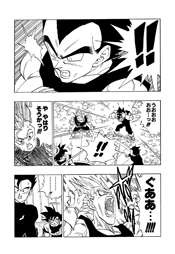 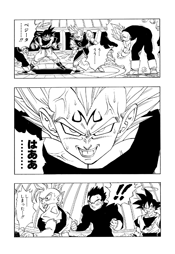 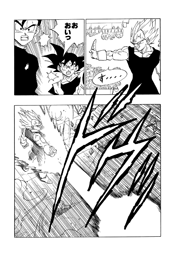