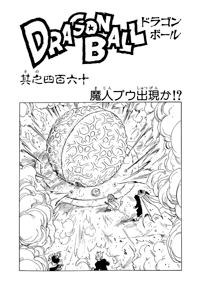 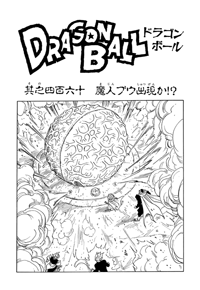 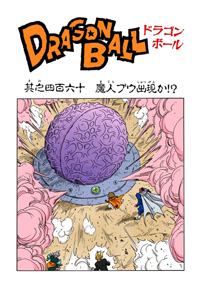 Steam is shooting up from Majin Boo’s ball, and Kaiōshin tells Gohan they should run away. Gohan says he can’t leave things like this, but Kaiōshin insists that not even Gohan could win against Majin Boo. Bobbidi is excited, and Kaiōshin yells at Gohan to hurry. But Gohan thinks he should attack now, and then powers up a bit. Gohan fires a Kamehameha at the ball, which Bobbidi and Dabra barely manage to avoid. The impact is tremendous and the ball is knocked from its platform. It rolls a little, until it cracks open. But… it’s empty. Bobbidi can’t believe it, and Kaiōshin thinks this is really lucky, and begins lecturing Bobbidi about Majin Boo having been asleep for too long. Dabra tells Bobbidi to cheer up, as he’s still there, and he even has control of Vegeta, sort of.

Kaiōshin takes note of the near equal fight between Goku and Vegeta. He’ll take down Bobbidi, and if Gohan can defeat Dabra, all of Bobbidi’s evil ambitions will be gone. Gohan disagrees, however, and says a tremendous ki is swelling up. He looks into the sky, and the smoke from the ball is collecting into one big cloud. Everyone watches in awe, as the smoke begins to take shape. And then Majin Boo appears! 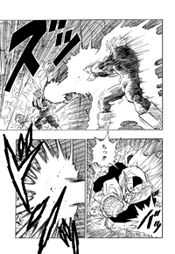 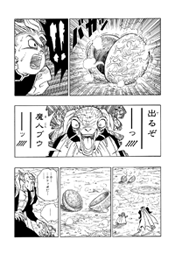 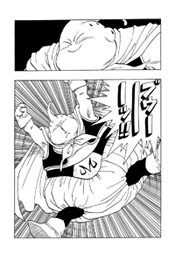