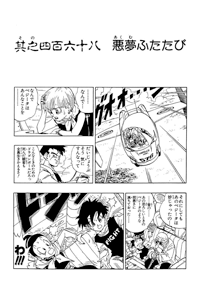 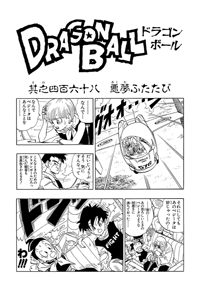 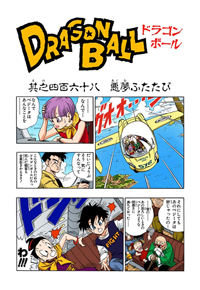 In the capsule plane, Bulma is wondering why Vegeta did what he did [killing all those people]. Yamcha tells her not to think like that, for now they’ll just use the Dragon Balls to revive all of the dead spectators. Kame-Sen’nin thinks Vegeta seemed odd, with lots of evil flowing within him. The plane suddenly hits a lot of turbulence. Kame-Sen’nin says there was a great explosion far away, and Bulma feels like it could be related to Vegeta. Back at the battlefield, an in-tact ash figure of Vegeta is all that remains floating above a very large crater. The ash remains of Vegeta then fall to the earth and break apart. Meanwhile, Piccolo tells Kuririn to take the boys home while he checks on things. He tells him they’ll inform their families later, as he doesn’t know about Goku, but Vegeta said Gohan was killed by Majin Boo. Kuririn can’t believe even Gohan is gone.

Piccolo flies over and lands in the crater, walking around for a bit. He realizes what Vegeta’s plan was, to keep Boo from regenerating. Then Piccolo notices Bobbidi’s head, still just barely alive. It looks like Bobbidi had a barrier up during the explosion, so Piccolo decides to finish him off for good. But then, tiny pieces of Boo begin moving, each turning into a miniature Boo, and they all fly together to form one big mass. Realizing what’s going on, Piccolo takes this opportunity to fly away. Majin Boo is now whole again, and he starts giggling, until Bobbidi calls him over. Bobbidi tells him to heal him, but Boo is hesitant. Bobbidi asks if he wants to be sealed up, and so Boo heals him. Bobbidi is glad, until he gets angry at the ones who did this to him. The green guy and the two little runts. Instead of destroying this planet, he wants to make those three suffer.

Kuririn can’t believe Majin Boo isn’t dead, and that Vegeta died for nothing. Piccolo says it’s dangerous on the Earth, and takes the boys from Kuririn so he can bring them to God’s Palace. These two are their only star of hope, albeit a faint hope. Boo is now flying through the air, and Bobbidi is riding on his back, saying they’ll turn this planet into a living Hell. Bobbidi’s plan is kill lots of people until those three show themselves. Elsewhere, Kaiōshin is alive, weakly walking around, and begging Gohan to still be alive… 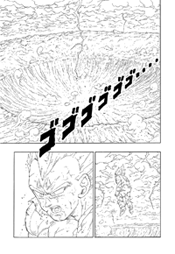 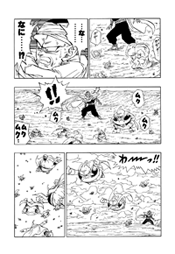 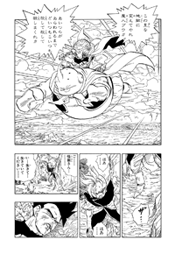