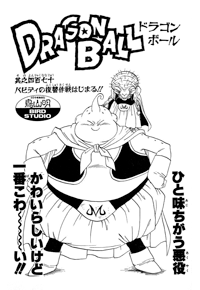 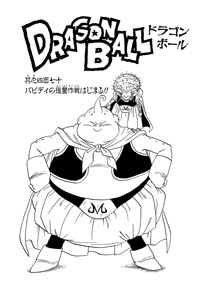 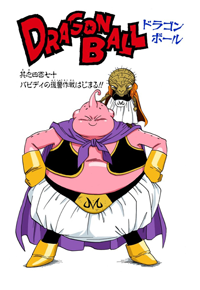 Bobbidi says he’s going to cause quite a spectacle. Back at the remains of the battlefield, Kibito tries to figure out what’s going on, until he feels that Kaiōshin is still alive, and flies off. Kaiōshin is struggling along, saying that Gohan is still alive, until he collapses. Kibito reaches him shortly afterwards, and is just in time to heal him. Neither of them understand how Kibito is alive again, but then Kaiōshin freaks out and says they have to hurry to Gohan. Gohan is still lying on the ground in that forest, as the two of them fly off. Kaiōshin asks him if he feels that great “power energy” of Majin Boo, and Kibito does. Kibito thinks how hopeless things are now, and that all the life in the universe is in danger.

Kaiōshin says it’s not hopeless, as he sees a faint light. Kibito asks if it has something to do with Son Gohan. Kaiōshin says it does, because he thinks Gohan’s far-beyond-imagination power could be changed into an even more unbelievable power, and he could surpass Majin Boo. Kibito wonders if he means “that”, and Kaiōshin says he didn’t see how strong those three Saiyans were. Then, they finally reach Gohan. Kaiōshin says they should bring him to Kaiōshin Realm before healing him, and Kibito can’t believe he’d allow a human to set foot in the Kaiōshin Realm, that sacred ground that not even Dai Kaiō has set foot upon. Kaiōshin says yes, and they must hurry before Gohan dies. Kibito then teleports them away in a flash of light.

Up at God’s Palace, everyone is there now. Someone asks about Bulma’s parents, but they stayed behind to look after the animals. But, they can still be returned to life by the Dragon Balls. Kuririn says they don’t know where Tenshinhan and Chiaotzu are, either. Chi-Chi then asks about Gohan and Goten, and Bulma asks about Trunks and Vegeta. Goku decides it’s best to tell them. Goten and Trunks are safe, Gohan and Vegeta are dead, killed by Majin Boo. Chi-Chi faints, and Gyūmaō catches her, while Bulma begins crying. Then suddenly, “Do you hear my voice, people of Earth? I am the mage Bobbidi. I am using magic to speak to your hearts. The truth is, today I was made to suffer unpleasantly. By three idiots… I’m looking for these three idiots.”

People around the world can hear Bobbidi speaking, and wonder what’s going on. “Close your eyes and I’ll show you. I’m sending an image.” Everyone can then see an image of Piccolo, Trunks, and Goten. “Do you see them? I’m searching for these three. So come on out! They should know who they are. If you don’t come out… Ah, I should fully introduce myself. I’m the scary mage, Bobbidi! And this is my servant, the even scarier Majin Boo. He’s strong, and there is absolutely no one who could win against him. Hehehehe… Do you see this city? If those three don’t come out, what will happen? I’ll show you a bit. I don’t really like to be sloppy, so we’ll kill everyone in the city smartly!”

Boo lifts all of the people into the air, and then decides to turn them all into candy balls. He then sucks in all the candy balls like a vacuum, chews them up, and eats them. “This is what will happen to everyone on this planet.” 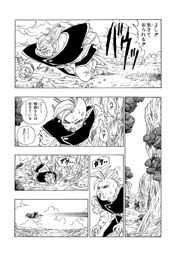 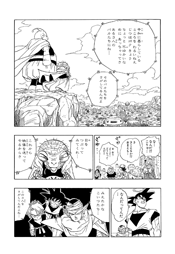 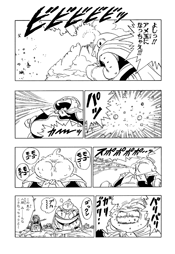