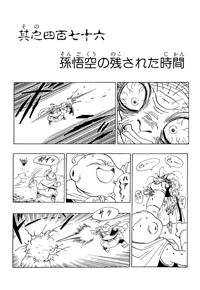 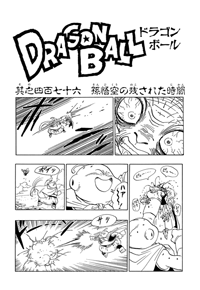 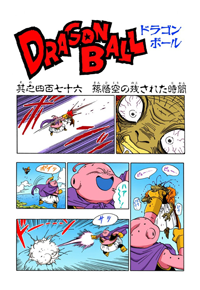 Boo punches Bobbidi, making his head explode. Laughing, Boo tosses Bobbidi’s body off to the side and obliterates it with a ki blast. Boo then dances for joy. Meanwhile, Goku has returned to God’s Temple, where he tells Piccolo that Boo’s just killed Bobbidi. Piccolo thinks Boo may calm down now that there’s no one to give him orders anymore. At this point, Boo unleashes a powerful blast from his mouth, blowing up part of a city. Boo then runs through the streets of the city, knocking over buildings and cars. He sees a girl hiding by the side of a building, scared to death, and asks her if she thinks he’s cool. The girl insists he’s very cool. Boo asks if she wants to smooch, but she screams, and Boo thinks she’s a liar.

Boo then spots a magazine on the ground with a picture of a popular handsome man, Barry Khan. Boo figures this must be what Earth girls like, and so he makes his face look like Barry Khan’s. The girl still screams, and Boo says she’s selfish, turns her into a caramel, and eats her. Boo thinks things will be boring until those strong guys show up, so he’ll annihilate the Earthlings for fun in the meantime. Piccolo is mad about this situation, and Goku agrees that they miscalculated Boo. Piccolo says he could blow up the Earth if he felt like it, but Goku doubts he will, since Boo looked happy at the idea of fighting someone strong in two days. At least they’ll all be safe up here, though the same can’t be said for the people in the lower world.

Piccolo says they must teach the two youngsters Fusion, and Goku says he must hurry, since he only has about an hour left on Earth. Piccolo thinks that can’t be, but Goku explains that Super Saiyan 3 is meant only for the afterlife. In the living world, where time passes, it uses way too much energy, and you easily get exhausted. Piccolo suggests having Dende restore his energy, but Goku says he has to go back to the afterlife. Uranai Baba then shows up and says Goku has only thirty minutes left. Goku cannot believe it, and wants Trunks to hurry and get back. Piccolo wonders though, if Goku had gone all it out with Super Saiyan 3 if he would’ve been able to defeat Majin Boo. Goku doesn’t think he could have, since Boo’s strength is ridiculous, but more importantly, he probably shouldn’t since he is not supposed to even be here. He also thinks it would be best if the youngsters learned to deal with things, because more than likely this won’t be the last time someone like Boo shows up.

Goku asks Piccolo if he thinks it’s possible the youngsters can win, and Piccolo just says Goku is really something special. Piccolo asks him to give his regards to Gohan in the afterlife, and Goku says Gohan’s biggest regret about being dead will probably be the fact that he can’t see Piccolo anymore. Speaking of whom, Gohan is practicing with the Z Sword, and Kaiōshin is impressed with the way he’s able to wield it. Gohan thinks of how his father continued his training even after death, and thinks of how he himself needs to get stronger, since Majin Boo is still alive. Back on Earth, Trunks has returned to God’s Temple with the Dragon Radar. In the area for training, Goku says they only have a little time left. The boys call him “sensei”, and Goku wonders why they’re suddenly so obedient. Piccolo figures it is because of Super Saiyan 3. Goku announces it is time to begin! 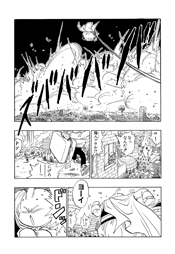 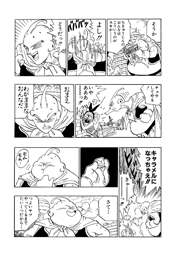 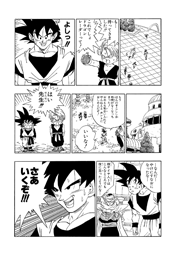