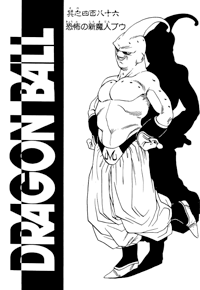 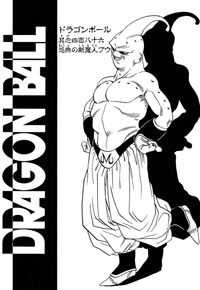 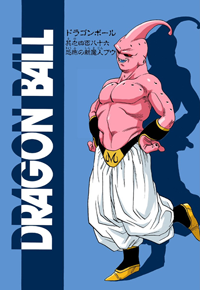 Boo cracks his neck, with a very wicked grin. Piccolo doesn’t like this at all, and Kuririn asks what’s wrong. Piccolo says that Boo’s ki has completely changed; he’s transformed, because of some stupid Earthlings. He’s become pure evil, and his body seems much more suitable for fighting now. Kuririn nervously says there’s still the youngsters and Fusion, so there should be nothing to worry about, but Piccolo isn’t so agreeable. In the Kaiōshin Realm, even Goku notices the change in Boo’s ki. Gohan is worried he won’t make it in time, but Old Kaiōshin says not to worry, as he sits there reading manga.

Mister Satan is worried about this new Boo. The sniper’s cohort is still alive and scrambles up a cliff, grabs his machine gun, and starts to shoot Boo with it. But the bullets have no effect, and merely go right through him. Boo starts wickedly laughing and then flies over, oozes into the guy’s mouth, and then makes him explode from the inside. Boo then flies over toward Satan and the puppy, but stops himself when he sees them. Satan figures he was scared, until he notices Boo floating mid-air just above him. Boo just says, “Sa…ta…n”, and flies away, leaving Satan to wonder if he still remembers him. Boo flies along, insanely laughing, as the shockwave he leaves behind blows everything away. He suddenly changes direction and flies straight up. At God’s Temple, Piccolo yells at everyone that Majin Boo has detected their ki, but his warning is too late, as Boo suddenly appears right before them. 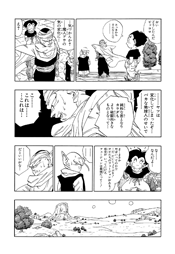 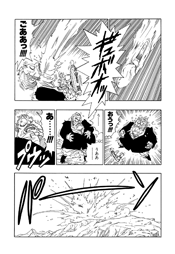 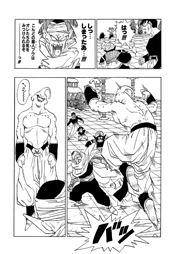