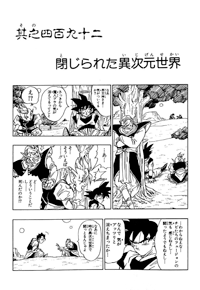 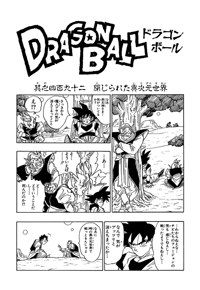 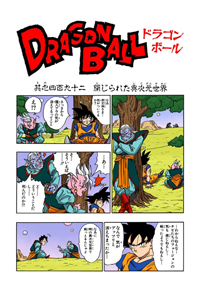 The Alternate Dimension is Sealed Off

Goku says Majin Boo’s ki has vanished, and Kaiōshin suddenly notices it as well. But they also can’t feel the youngster’s ki either. Old Kaiōshin says they’ve just been fighting in the Alternate Dimension of Time. Goku doesn’t understand what he means, but then realizes it must be the Room of Spirit and Time. He wonders why they’ve been fighting in there, and Old Kaiōshin explains that the Namekian led Majin Boo in there for some reason. Goku compliments what an awesome Kaiōshin the old guy is, and Kaiōshin admits that he is relatively useless now.

Gotenks thinks of what a great job he’s done, but Piccolo exclaims that Majin Boo will revive himself. They need to burn up all of his flesh. Piccolo helps him out, and after a while they’re finished, as Gotenks stomps on the last piece. Piccolo thinks this is great, it’s finally over. However, there’s a sudden gush of wind up into the sky and Majin Boo begins collecting above them. Boo reforms, and Gotenks realizes frying him didn’t do any good after all, noting that Boo looks thoroughly pissed. Piccolo thinks they should have just wiped out Boo with their ki instead of burning him, and then to be sure, they should have destroyed the entrance to this room so that Boo would be sealed away in this world in a different dimension.

Piccolo asks Gotenks if he can do that Super Ghost Kamikaze Attack again, or maybe some other great technique. Gotenks thinks he still has plenty left, but he wants to scare Piccolo a bit, for fun. Gotenks dramatically exclaims it’s all over, he has no more power for other attacks. Boo suddenly grabs Gotenks’ leg with his forelock, and starts slamming Gotenks around. Gotenks, hanging upside down, calls Boo “baldy”, which prompts him to punch Gotenks and send him flying. Gotenks is really angry now, and finally prepares to use his best technique, but… Piccolo suddenly destroys the entrance to the Room of Spirit and Time.

Piccolo tells Boo it’s all over, because he’s destroyed the only entrance between the two worlds. There’s no way out. Piccolo tells Boo that even if he kills them, he’ll spend eternity alone in this empty world. Boo thinks of his beloved candy, and Piccolo says there’s no candy here. Gotenks yells at Piccolo for having done that, since he still had his best technique left. Piccolo yells back at him, bringing up what he said about maxing out, and Gotenks says that it was a joke. Piccolo says this is no time for that, and the two of them call each other idiots. Boo, who hasn’t been paying any attention to the two, suddenly starts fiercely screaming. His enraged screams are so loud that a hole opens up in front of him and God’s Palace is visible through it. 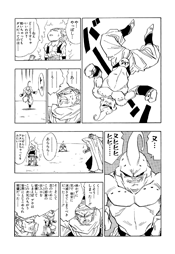 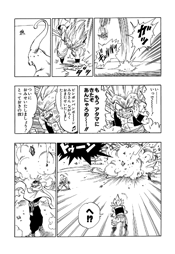 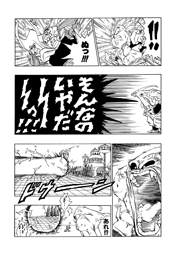