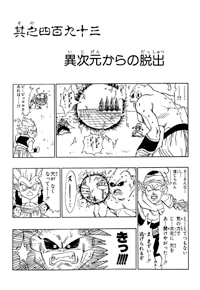 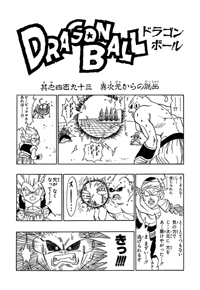 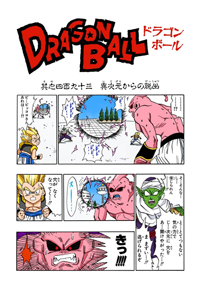 Escape from the Alternate Dimension

Boo, who is just as surprised at this as the others, stares at the hole. Piccolo realizes that just with the power of his ki, he was able to open an dimensional hole. The hole suddenly starts shrinking, and Boo quickly oozes himself through the tiny hole before it vanishes, leaving Gotenks and Piccolo trapped. Everyone back at the temple hear something and walk outside, wondering what that noise was. Meanwhile, Goku notices Majin Boo’s ki has returned, meaning he’s left the Room of Spirit and Time, but the youngsters haven’t… Goku really wants to see what’s going on. Hearing this, Old Kaiōshin materializes a crystal ball and tosses it over to Goku so he can watch the events. Goku looks into the crystal ball and is amazed he can see God’s Temple, but then Boo begins to reform. Everyone is shocked to see Boo is back. Boo looks over at them, saying he was getting hungry, and turns them all into chocolate. Goku can’t believe this is happening, and Gohan wants to know what’s going on, but Goku tells him he just needs to keep concentrating.

“There is no longer anyone left to protect things… But, everything should somehow work out… So long as the Earth has the Dragon Balls…”

Back in the Room of Spirit and Time, Gotenks and Piccolo keep screaming like Boo had, but nothing is happening. Piccolo thinks it’s no use, and everyone must be dead after all the time they’ve been in here screaming. Gotenks reluctantly says he’ll have to use “it” now. Piccolo asks what he’s talking about… Gotenks chuckles, saying he’ll show him. Gotenks begins charging up, until he reaches Super Saiyan 3. Piccolo asks how, but Gotenks doesn’t know. Gotenks says he’s really strong now, but his face looks villainous, like Piccolo’s. But, this is no time for chit-chat, so Gotenks screams and opens up a dimensional hole of his own.

Gotenks and Piccolo hop through, as Boo is standing there licking his lips from his feast. Boo notices that Gotenks has changed, and Gotenks says he’s gotten awesomely stronger. Goku, meanwhile, is impressed that they’ve reached Super Saiyan 3 so quickly. Piccolo notices that the temple is all busted up, and asks where everyone is. Boo rubs his tummy and says they’re in there, which makes Gotenks really angry. Boo smirks, as Gotenks flies toward him. 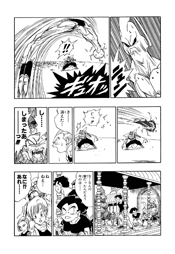 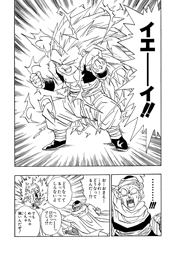 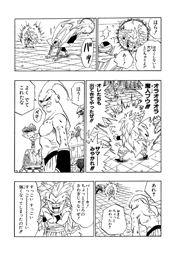