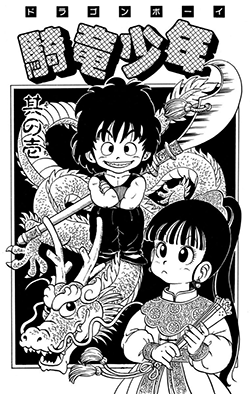 A young boy, Tangtong, is training alone out in the mountains when his master arrives on a flying cloud. The master throws a bunch of kunai, which Tangtong is mostly able to dodge. Tangtong throws several in response, eager to learn more; the master manages to swipe away all but one, which lands squarely in his forehead.

It turns out that the master has a job for Tangtong: accompany the princess of the Flower Country, who ran away two years ago to escape the war, back to her homeland now that there is peace. Tangtong is excited to finally see a girl and pokes at her chest to confirm their soft bodies. The princess is not so sure about this boy….

The master hands Tangtong a “dragon jewel”; if he is in trouble, place it on the ground, infuse it with his ki, and a dragon will appear. Finally, the master advises Tangtong not to show his back to anyone. Tangtong and the princess take off on a motorbike; the princess takes over driving at one point, but cannot handle the speed. When they hit some mountains, they are forced to get off and walk the rest of the way.

The princess eventually wants to take a bath, so they stop at a river. It is here that Tangtong truly sees a girl for the first time, and he attempts to piece things together. The princess asks if Tangtong has a family, but he says he is a monster that was abandoned when he was small, and his master is the one that has always taken care of him.

As they continue their journey, the princess decides she needs water. The two stop at a temple, and as they pull some water up from a well, Tangtong feels some kind of ki emanating from it. A large water demon is pulled up and attacks them! He offers to let Tangtong go if he hands over the princess. Tangtong refuses and jump-kicks the demon in the face… but it barely reacts. Tangtong is able to dodge the demon’s attacks but will not be able to hurt the him with such a hard body. Tangtong takes out the dragon jewel and fires his ki at it… only for a tiny, useless dragon to poof out of it. Cursing his master, Tangtong decides what he must do, even if the princess hates him for it: he takes off his shirt, revealing dragon wings. Tangtong flies into the sky and dive-bombs the demon right in the face, soundly knocking it out.

As Tangtong flies off carrying the princess, she sternly asks why he did not say he had wings earlier so they could have been flying all this time!

The Flower Country is still very far away….

Around this time, Akira Toriyama was at chapter 176 in Dr. Slump (released 21 June 1983 in the 1983 #29 issue of Weekly Shōnen Jump), a series he would be wrapping up the following August with chapter 236. Previous professional one-shots up to this point had included:

Dragon Boy has only ever been printed and re-released in its original black and white palette. 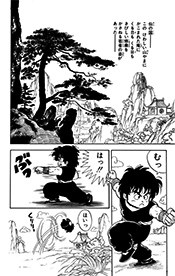 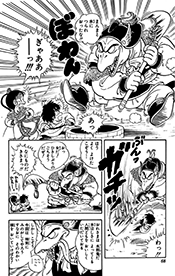 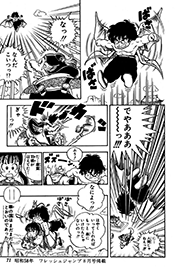 «
Manga Guide / Dragon Ball Prototypes
Next »
Connect With Us
Support Us
Your support for Kanzenshuu is what keeps us going. You can help by donating to us directly, or by shopping online at certain retailers through our affiliate links below. Every bit counts and helps contribute to our server fees and bringing you new site content, reviews, and contest items.