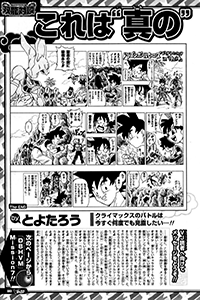 Beat and Note suddenly find themselves in the Dragon World during the events of Battle of Gods. Note exclaims that they are not supposed to be back in this Age, but Beat is excited to be there. Just as Beerus begin his attack on the heroes, Beat and Note sense some rustling behind them. It’s Son Goku! He is watching from the same hiding place! Vegeta begins his assault on Beerus while Beat and Note wonder why Goku is not rushing in to help. Goku thinks it would be more dramatic if he waits until the situation is a bit more dire. As Goku continues to watch, Beat and Note sigh, and have thus missed their chance to participate in the battle! 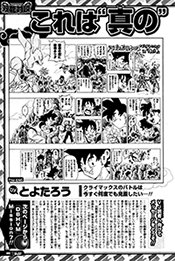 Heroes: Victory Mission
Connect With Us
Support Us
Your support for Kanzenshuu is what keeps us going. You can help by donating to us directly, or by shopping online at certain retailers through our affiliate links below. Every bit counts and helps contribute to our server fees and bringing you new site content, reviews, and contest items.