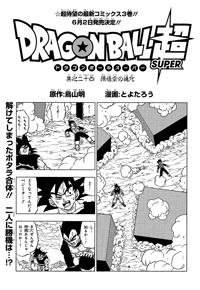 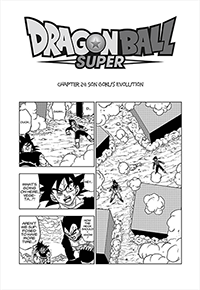 Goku and Vegeta defuse back to their individual selves, leaving Trunks and the others to wonder why they did not last the full hour. Zamasu resumes his attacks with a teleportation-styled punches and kicks appearing out of portals scattered around the two heroes. There are still twenty minutes left with Zamasu’s fusion! Universe 7’s Kaiōshin laments having taken up the rank; had he remained an apprentice, he would have still had the power of restoration. Trunks perks up, and explains that he had actually taken on the role of apprentice in his own timeline in order to do battle with Dabra. Courtesy of the special dance, Trunks does indeed have this special power! This is likely why he was able to (unknowingly) heal Mai and Gowasu when they suffered what would otherwise have been fatal blows.

Vegeta is knocked into the air, prompting Trunks to grab him and bring him back to the group. Kaiōshin explains that Trunks will only be able to heal one person, though: will it be Vegeta or Goku? Vegeta concedes, telling Trunks to heal Kakarrot… he is the only one able to take on Zamasu in Super Saiyan Blue right now. Vegeta interrupts Zamasu’s assault on Goku, tossing him down to Trunks. Zamasu goes after Vegeta, not realizing this is all a distraction. Trunks takes the opportunity to heal Goku back to normal, just as Vegeta is beaten unconscious.

As Goku prepares to take Zamasu on for another round, Trunks uses a little bit of his remaining energy to at wake his father back up. Goku transforms into Super Saiyan Blue, but suddenly collects himself and enters what seems to be a quiet, calm stance. Goku attacks, able to dodge several swipes while managing to land a hit of his own, albeit while taking a portal-punch to the face. Vegeta comments that Kakarrot has managed to seal all of Super Saiyan Blue’s overflowing power, meaning he is able to fight at the form’s full strength. Goku continues to fight equally against Zamasu, even managing to stop and deflect a massive energy blast. Vegeta wonders how long Kakarrot will be able to last like this, while Goku himself appears to twitch now that his body is starting to break. Zamasu, however, is already back to normal… 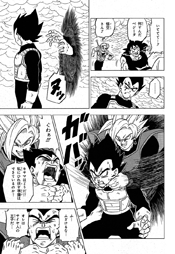 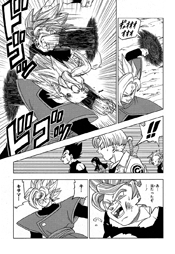 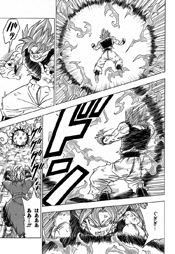