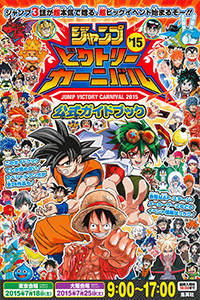 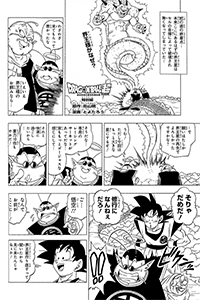 A little bit before the story in Dragon Ball Super…

Northern Kaiō’s planet has been destroyed due to Cell’s explosion. Muri from Planet Namek has joined Kaiō at the end of the Serpentine Road to summon Porunga. Kaiō apologies for asking Muri to come all this way, but the Namekian says it is no problem. Kaiō debates what to do with his wish to restore his planet, including items like a dedicated racing area and a more “gorgeous”-type feeling. Kaiō also wants to be comfortable and says the ten-times normal gravity will not do.

Goku suddenly appears behind Kaiō and exclaims that would be no good for his training! Kaiō asks why Goku is here, who responds he showed up because he heard Kaiō was restoring his planet. Goku says hello to Porunga and says the planet should be exactly the same as before. Porunga says he understands, and repeats the wish back to the group. Kaiō turns around and gasps in horror as the planet is restored back to normal. Goku comments that he was in the middle of farming and should get back before Chi-Chi notices, and bids them farewell with a smile. Kaiō drops to his knees as Muri collects the Dragon Balls, now turned back to stone. 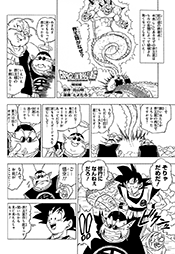 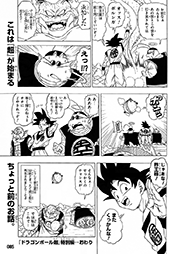 Dragon Ball Super / Bonus Chapters
Next
Connect With Us
Support Us
Your support for Kanzenshuu is what keeps us going. You can help by donating to us directly, or by shopping online at certain retailers through our affiliate links below. Every bit counts and helps contribute to our server fees and bringing you new site content, reviews, and contest items.