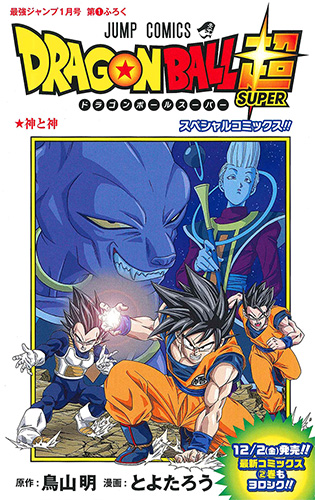 No dusk jacket or obi are included with this volume.

This volume was included as a separate, promotional pack-in alongside the January 2017 issue of Saikyō Jump in Japan, released 02 December 2016. That same day, the series’ second collected edition (covering chapters 10-15) was also released. The series’ nineteenth chapter would be released a couple weeks later in the February 2017 issue of V-Jump.

The title for the collected volume — 神と神 (Kami to Kami or “God and God”) — is taken directly from the fourth chapter‘s title, and originally from the 2013 theatrical film‘s title (which was adapted into a separate English title of “Battle of Gods”).

The volume’s standard front cover uses artwork originally created for the series’ first chapter, while the back cover uses the artwork from the first collected edition’s cover. 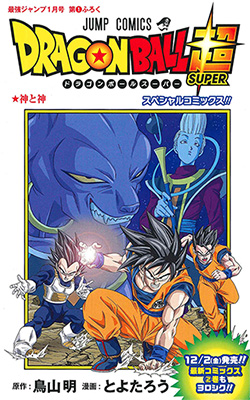 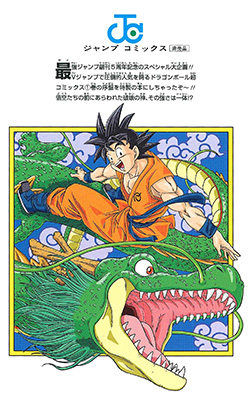 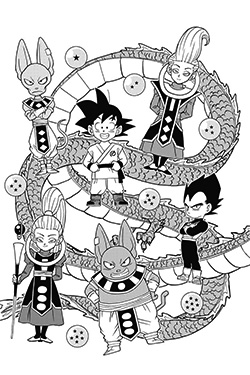 Following the four chapters, a four-page “Dragon Ball Super Information” column previews the manga’s first and second collected editions, the Universe 6 vs. 7 tournament, the then-new Future Trunks arc, as well as briefly mentioning the Dragon Ball Heroes and Dragon Ball XENOVERSE 2 video games. This “Information” section is labeled as spanning pages 72-75, with page 74 specifically (and somewhat strangely) also sectioned out as its own “V-Jump News” section.

This collected volume has not seen any international and translated releases.

The chapters are presented as-is from their collected edition.

Dragon Ball Super / Tankōbon Release
Connect With Us
Support Us
Your support for Kanzenshuu is what keeps us going. You can help by donating to us directly, or by shopping online at certain retailers through our affiliate links below. Every bit counts and helps contribute to our server fees and bringing you new site content, reviews, and contest items.