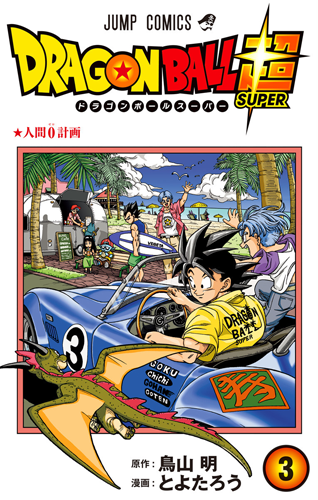 The third volume’s dust jacket features a new cover illustration by Toyotarō with the heroes gathering together on vacation. The back cover features Beerus along with Zamasu and Gowasu inside the Jump Comics logo. The cover image is an homage to various original tankōbon covers which would regularly feature Goku and friends on different types of vehicles.

The included obi promotes the monthly release of Shueisha’s V-Jump magazine (where the Dragon Ball Super manga is serialized). Other products featured are the “Full Color” version of the manga release and the 30th anniversary “Super History Book”.

The title for the collected volume — 人間０計画 (Ningen Zero Keikaku or “0 Mortals Plan”) — is taken directly from the twentieth chapter‘s title, both of which have the katakana spelling of ゼロ (zero) switched out for the numeral itself (with furigana) in this compilation.

The volume’s standard front cover is a desaturated version of the dust jacket’s front cover, while the back cover is a complementary illustration of the various gods in a similar pose. 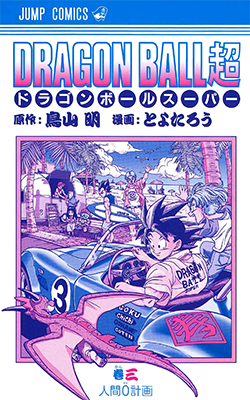 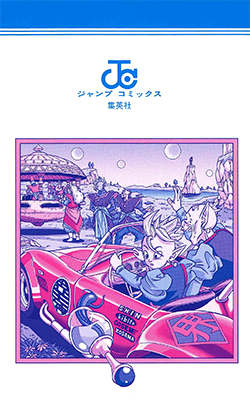 The inside title page showcases Trunks with his sword along with Super Saiyan Goku and Vegeta. Two pages of character profiles and a brief summary showcase the main characters and antagonists. The table of contents features a Barbarian carving the characters もくじ (mokuji or “Table of Contents”) into stone. 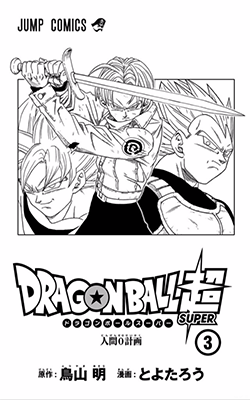 To fill out the necessary page count, Toyotarō supplies new drawings between chapters. In one drawing, Zamasu switches bodies with Monaka only to find out he is totally weak; next up he should switch with Goku as he originally planned. 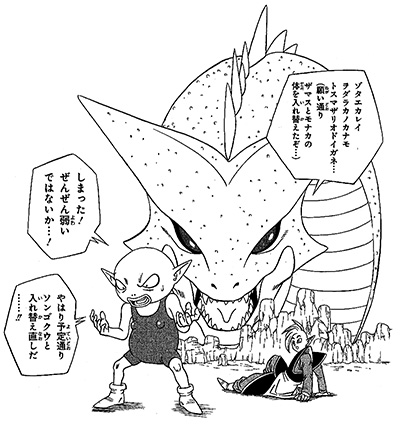 No bonus manga chapters are included; the Jump Victory Carnival 2017 bonus chapter would not be released until after this third collected edition was already available. The volume wraps up with two bonus pages where Toyotarō discusses the approval and revision process with original author Akira Toriyama. Toyotarō reflects on sending drafts of Zamasu and Kaiōshin where Toriyama later adjusted the hair volume and thinness of the eyes, as well as an adjustment from a surprised look to one that was “a little more dignified”. Toyotarō then thanks Toriyama for this reference material, which became invaluable for drawing the characters later on. 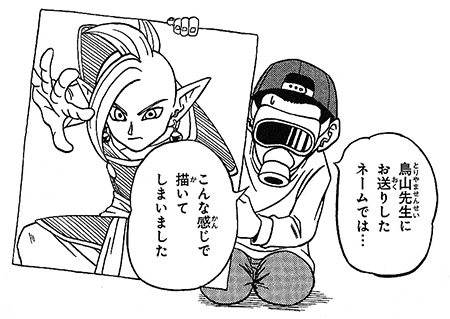 Chapters
The five chapters presented in this volume were originally serialized in the November 2016 through March 2017 issues of Shueisha’s V-Jump magazine on a monthly basis.
Chapter 16: “Future” Trunks’ Past
07
Chapter 17: The Candidate for Next Kaiōshin of Universe 10, Zamasu
39
Chapter 18: Goku Black’s True Identity
61
Chapter 19: Another Zamasu
93
Chapter 20: 0 Mortals Plan
133
Additional Content
These items are not listed in the volume’s table of contents; we have independently documented them here.
Corrections Done by Toriyama-sensei Himself #1
206
Corrections Done by Toriyama-sensei Himself #2
207

Volume 02
Dragon Ball Super / Tankōbon Release
Volume 04
Connect With Us
Support Us
Your support for Kanzenshuu is what keeps us going. You can help by donating to us directly, or by shopping online at certain retailers through our affiliate links below. Every bit counts and helps contribute to our server fees and bringing you new site content, reviews, and contest items.