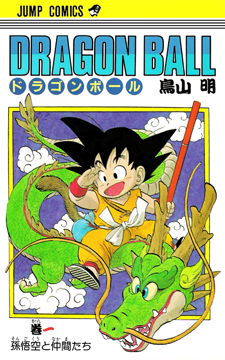 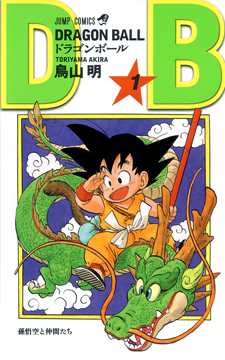 EN
JP
ドラゴンボールの舞台は、なんとなく中国風ではありますが、とくに中国だという限定はしていません。時代も、いったいいつ頃なのか決めてありません。全体のストーリーは、簡単にはできていますが、細部やラストは、いきあたりばったりで作っていこうと思っています。その方が、ボク自身も、この先、どうしようか、というハラハラ感や、なにをいてもいいわけですから、楽しめるのです。
The setting of Dragon Ball has a sort of Chinese feel to it, but it’s not necessarily limited to China. For the time period, as well, exactly when it takes place is indeterminate. The overall story is very simple, but I’d like to make up the finer details and the ending as I go along. That way, I can enjoy the suspense of wondering what I should do next, as well as the fact that I can draw anything I want to.

This volume compiles the first 11 chapters as originally serialized in Weekly Shōnen Jump, covering issues 1984 #51 to 1985 #11. All chapter title pages shown below are those included in this volume. The chapter premiere dates listed below are based on the sale date of their respective issue of Weekly Shōnen Jump, which is when that issue officially went on sale.

As the tankōbon are compilations of pre-existing chapters, they are intended to be continuously read from beginning to end. Often times, any title pages not considered integral to the story, or due to page count issues between chapters, were moved to the back of the volume and collected in a special gallery following the volume’s final chapter. The gallery notes the title pages are “as they appeared in Weekly Shōnen Jump”, which include the original tag lines and “Bird Studio” logo. These features are typically removed from the title pages remaining in the volume’s main content. 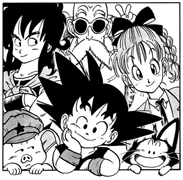 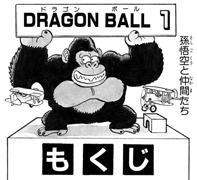 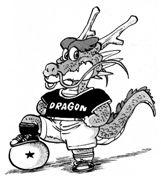