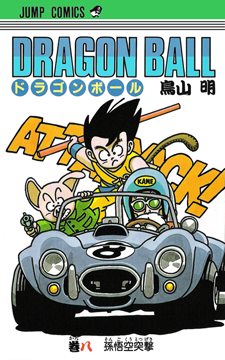 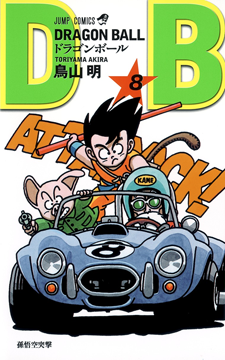 EN
JP
ペン入れの日は、午前12時頃起床、メシを食べたりして午後１時からアシスタントの松山君とペン入れを開始、７時から８時まで晩メシを食べたり、犬を運動させたり、鳥にエサをやったり、９時に松山君は帰って、ボクはそのままテレビをみながら仕事を続け、11時に風呂に入り、そのあと仕事をしながらゴロゴロしたりで午前４時頃に眠る。これがペン入れをする日のだいたいのパターンです。
On days when I do inking, I get up around noon, eat, and then from 1 p.m., I begin inking with my assistant Matsuyama-kun; from 7 to 8, I eat dinner, walk my dog, and feed my bird; Matsuyama-kun goes home at 9, and I continue to work while watching TV; I get in the bath at 11; after that, I stretch out and relax while working; and I go to sleep around 4 a.m. This is the pattern that most of my inking days follow.

This volume compiles chapters 85 to 96 as originally serialized in Weekly Shōnen Jump, covering issues 1986 #35 to 1986 #46. All chapter title pages shown below are those included in this volume. The chapter premiere dates listed below are based on the sale date of their respective issue of Weekly Shōnen Jump, which is when that issue officially went on sale. 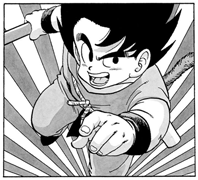 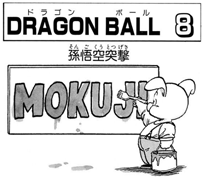