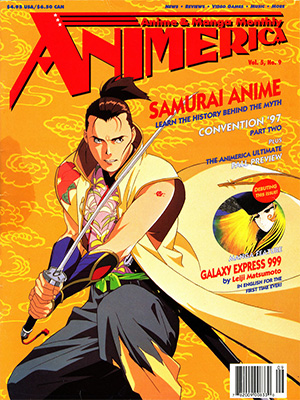 You’ve seen the anime, now listen to the music! In Japan, animation music is every bit as respected as music from more mainstream soundtracks. The Compact View helps you to understand the sometimes confusing world of anime CDs by reviewing the very latest (and some rather old favorites) in both domestic and imported releases.

This is indeed the soundtrack to the U.S. TV series–catchy “Dragon Ball, Dragon Ball, Gotta Find That Dragon Ball…” opening and guitar solo closing and all. (Oddly, no song lyrics are included in the one-fold color insert–you’ll have to figure out the sing-along stuff the hard way.) The BGM is all original for the U.S. series, and a good lot of it is synthesized redux of the opening theme. The rest is the kind of thing you’d expect to find accompanying a show like DUNGEONS & DRAGONS, which is what one might guess they were aiming for, given a title like “Dragon Ball” to work with. There is a hilarious retooling of Bach’s “Toccotta and Fugue in D-minor” for the organ; the traditional theme for THE PHANTOM OF THE OPERA on Track 10, “The Awakening Dragon.” Kids who got their start on DRAGON BALL with the U.S. show oughtta love this, but hardcore fans of the Japanese DRAGON BALL series don’t need to check in to see if the original music is here–it isn’t.1 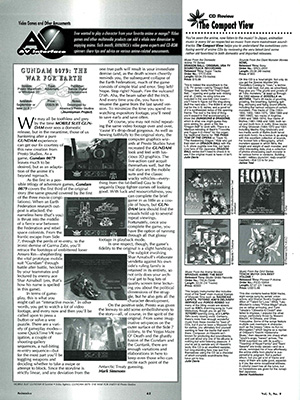 The following historical notes are included for the benefit of the reader as supplemental information and were not originally published in the book.
1 It was not uncommon for a dub production’s soundtrack to contain original Japanese music. In particular, Sailor Moon‘s “Sailor Moon & The Scouts – Lunarock” two years later would contain “Moonlight Densetsu” and “Ai no Senshi” in addition to dub-original songs.
Transcription & Notes: VegettoEX
« Previous Page
Press Archive