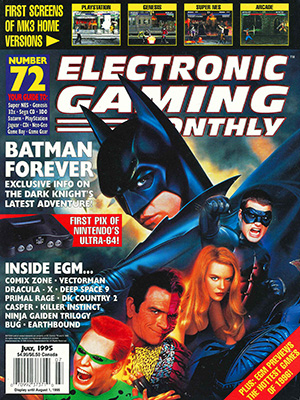 The hyper-popular SFC fighting game series (based on the monster manga comics) is heading to the PlayStation! Because it’s on CD, Bandai has been able to cram in 22 characters! Plus, the animation has been made smoother by using at least three times more movement graphics than the SFC versions for extremely fluid movements. Add in texture-mapped polygon backgrounds and tons of cinemas from the TV series and movies, and you get a fighting game Toriyama fans cannot afford to miss!

■ Photo
Don’t be fooled by this screen! There will be a complete cast of 22. 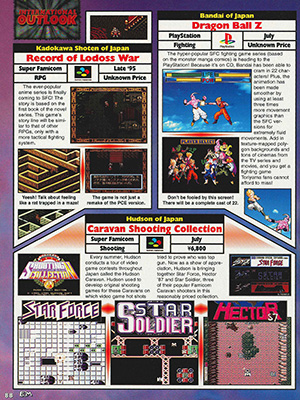