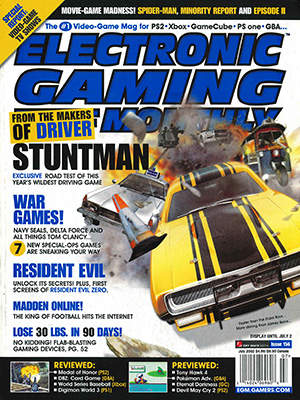 For a video-game rendition of a real-world card game to be worth the price of admission, it needs to be more than just a direct port. True, having access to a virtual version of every available card is a nice perk, as it being able to “set up and go” from just about anywhere (no more scrambling to keep the board steady in the back of mom’s car). But aside from that, if there’s nothing extra, what’s the point? This is the main problem with DBZ: Collectible Card Game. It offers a bare-bones version of the real-world card game, with little in the way of extras besides some GBA-exclusive cards and an extremely straightforward single-player mode that consists entirely of head-to-head battles with CPU opponents. Looking for some cool special modes or variations on the main gameplay? You won’t find ’em here. Some minigames, perhaps? Not one. Heck, the only “bonus” anything is a practically worthless Tutorial mode which seems like it was made more for CCG veterans than for newbies. To make matters worse, the interface is slow, clunky and unintuitive, and the music is repetitive and annoying (fortunately, you can turn it off). If you’re willing to invest the effort into learning how to play, you’ll find that the underlying card game isn’t bad, but unless you’re one of those few who’d actually benefit from the GBA version’s limited enhancements (Fly often? Have no friends?), skip this and just get the real thing instead.

This is like a video game of Checkers that duplicates the experience of a real-life match exactly. The only difference is you don’t have to clean up the pieces when you’re done. Dragon Ball is a completely no-frills version of the card game, and if you aren’t already hardcore into CCGs, you’re going to be bored to tears with it. The droning music, the unfulfilling gameplay, the tutorial that assumes you already know how to play–just gouge my eyes out now! On the positive side, the card graphics look good, the interface is laid out nicely, and you don’t have to shell out the dough for rare cards. But enjoying this requires a love of CCGs that I’ll never know.

Unless you’re a freak who’s got Dragon Balls of steel (in your steel-ball collection, of course) or meet to trade DBZ cards on Friday nights, make like a tree and leave this one alone! Battle definitely isn’t for the non-hardcore crowd. It almost doesn’t matter that it has the worst tutorial ever, since it essentially plays the game for you. All you have to do is shuffle through your hard to see if it lets you play a card in it or not, then sit and watch as the same boring sequence of screens (no animations) flash by. And since any attempt at strategizing is so bogged down by rules on DBZ card experts know or care about, one word is left to describe it: Zzz… 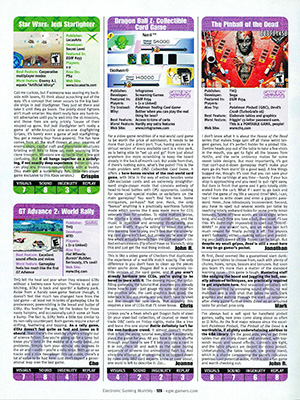