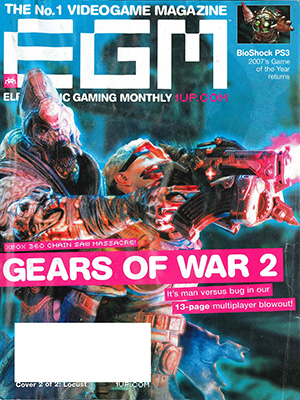 Dragon Ball Z: Burst Limit, the latest fighter set in the DBZ universe, is unsurprisingly a fans-only affair. Multiplayer is the title’s biggest strength (go Piccolo!), as the single-player element–though substantial–features fights that range from far too easy to frustratingly difficult. While it’s still fun, the story and characters are so poorly fleshed out that it’s unlikely to appeal to anyone except hardcore fans.

And no matter how much you love DBZ, you’ll be disappointed by how closely Burst Limit echoes last generation’s DBZ: Budokai series. The combat and story missions are basically repurposed from older games and given new names and faces–the “Drama Pieces” (nonskippable cut-scenes that randomly occur during each battle) are the only major addition. Goku and the gang never looked so good, but it would have been nice to see some new content–I’m getting tired of the same old story arcs.

“Just one more game,” I said after losing to Anthony in a close match. As one match turned into 10, I yearned for more action in the beautifully rendered world. While the combat mechanics feel dated, the visuals vastly improve on Burst Limit’s predecessors. Unlike Anthony, I enjoyed the short stories (I felt that previous DBZ games were bloated by excessive narrative)–but the Drama Pieces break the momentum of matches and become a distraction. Get rid of the drama, though, and Burst Limit becomes a delight.

Unlike young Anthony, I don’t have any problem with the repurposed plot since the story is 20 years old anything (all of Dragon Ball is repurposed at this point). Burst Limit is a surprisingly solid fighter, easily on par with the best Naruto offerings. It may not be dramatically different than what’s come before, but it’s a good-looking game that’s fast and fun, with plenty of technique and versatility embedded in the engine–making it (as Richard says) worth returning for “just one more match” over and over again. It’s an excellent game for DBZ fans that does the license proper justice.

■ The Bad:
Little innovation from the previous DBZ fighters 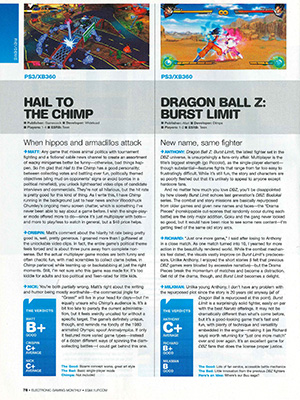