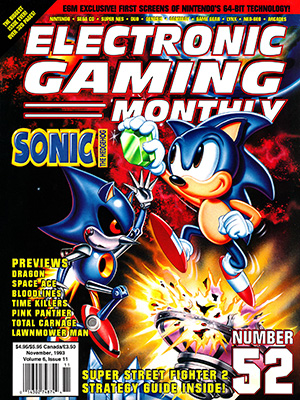 The rough and tumble warriors of the stupendous Dragon Ball Z anime series are back for another round of hyper-charged battle action. Set in the same head-to-head fighting style of the original, DBZ2 adds several new characters, while the regular crew get new powers, including young Gohan who is easily the toughest of the lot. The neat thing about this game, like before, is that the screen splits when the two players go away from each other. If you’re a fan of the anime series, watch for this one.

■ Photo
The screen splits when the fighters leave a certain proximity.

■ Photo
Cinematic scenes like this one have been added to DBZ2.

■ Photo
Each fighter has at least a dozen special moves at his disposal.