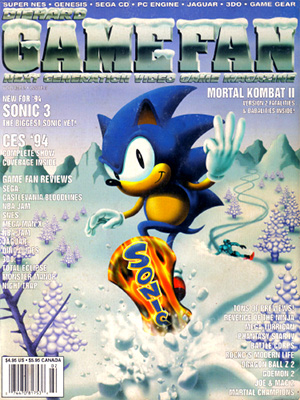 Any Dragon Ball Z fans out there? No duh, I’m sure there are tons. One of the biggest cartoon series in Japan has seeped ever so slightly into the US. As you can imagine, this is a huge title in Japan, it follows the series premise to the letter (even the voice is done by the actual actors) and unlike the “Fist of the North Star” series, it is actually done quite well. This is not, however, your standard fighting game. Characters can be a hundred feet apart, (of course you’ll need a huge TV) one in the sky and one on the ground, throw a move and connect it, seconds later!. [sic] Once hit your character is frozen while panging and recovering. While the character who threw the move, depending on how draining it was, must also recover. Rounds are long and require a whole new strategy to master. In fact, watching the cartoon would actually make you better at the game. The backgrounds, special effects, and graphics are much better in part 2 but, the music remains uneventful. Other than that, this game is basically an extension of part one. So, if you liked part one you will positively find the sequel worthwhile. It’s funny, as cool and popular as these characters are overseas that neither the US toy industry or the game industry has picked up on DBZ. Maybe that will change in the near future. I sure hope so, an action game would be nice or, how about that new Sega coin-op version…Saturn?1 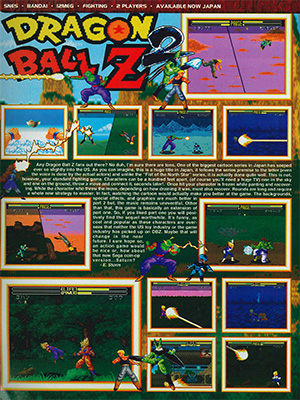