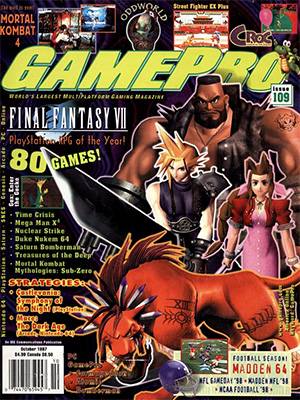 Riding on its strong presence in Japan and growing popularity in the U.S., the Dragon Ball Z craze comes to the PlayStation with Bandai’s Dragonball GT. Ten unique fighters duke it out with the usual punch, kick, and special-move trickery that goes with a fighting game. With an original music score and graphics that seem ported from the Dragon Ball Z animated series, Dragonball GT should offer players more than just balls of steel. 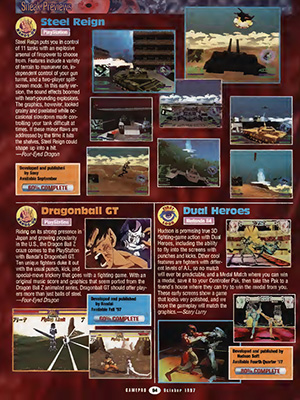