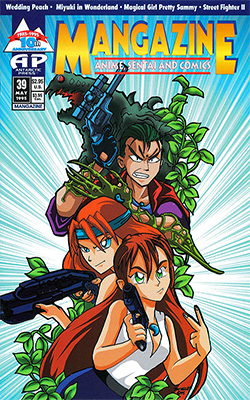 Dragon God May Rest At Last

What began as another manga parody of the Chinese tale Journey to the West (a.k.a. The Tale of Monkey) and developed almost into an industry in itself is at long last winding up. Yes, after eleven years of its weekly run in Shônen Jump, Akira Toriyama’s phenomenal Dragon Ball comic has come to an end! As of issue 251, the wars are over, everyone’s settled down, and there’ll be no more questing for the Dragon Balls to get wishes from the Dragon God.

There was initial doubt on some readers’ parts, as Toriyama has promised a few times before he would end the series, only to start up a new storyline. This time, however, it appears he means it. There is a brief epilogue showing the situation of the characters ten years after the actual final chapter2, but that’s it. Of course, the TV series and collected volumes will still run for a while, and the merchandising won’t be stopping any time soon, either. Hmm…maybe it isn’t really over after all! 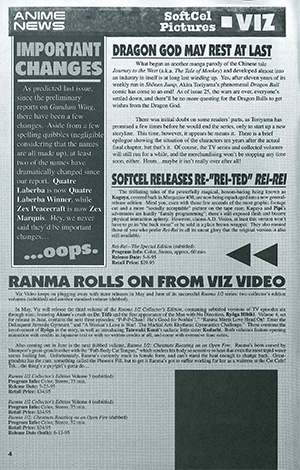 The following historical notes are included for the benefit of the reader as supplemental information and were not originally published in the book.
1 Referring to the 25th issue of Weekly Shonen Jump that year in 1995, on sale 23 May 1995, and which contained the final chapter of Dragon Ball‘s original serialization.
2 A bit strangely worded here, but this is in reference to chapters 518 and 519 taking place ten years after the defeat of Boo and its subsequent wrap-up and where this time skip actually happens in chapter 517.
Transcription & Notes: VegettoEX
« Previous Page
Press Archive