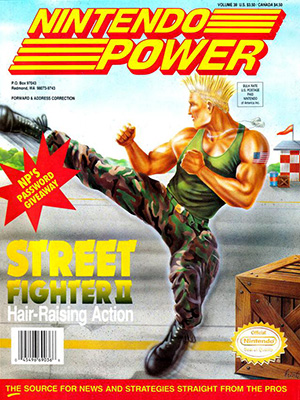 Dragon Ball Z from Bandai is one of the most popular games currently in Japan as reported in last month’s Pak Watch. That was enough to get this Pak Watcher intrigued. Bandai sent a copy of the game, which turned out to be a sci-fi RPG with excellent animation. The combat scenes resemble action game fighting scenes, except you’re not in control. Too bad. Still, with all the battle choices available and the great animation for each special attack, each battle sequences [sic] is unique. Another cool part of the game is that your main character can fly all over the world under his own power. The fast action animation and the RPG depth make for a lively and complex game that has been keeping Japanese game players glued to their sets. 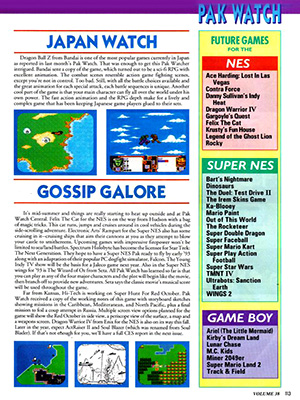