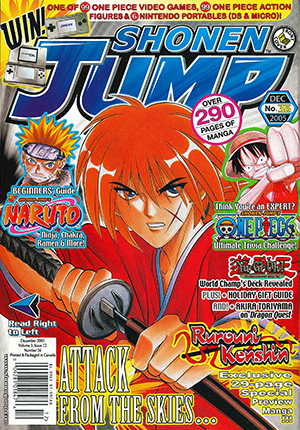 Gohan is washed ashore after a stormy night at sea. Two orphans who are part of a gang rescue him and bring him back to health. Their leader, Pigero, is trying to keep the gang safe from police. But when the popo show up, all hell breaks loose. With Gohan on the mend, Earth’s top warriors go to Kami’s Pendulum Room to figure things out before two powerful Saiyans threaten the safety of the world. Unfortunately, Goku’s quest to become stronger isn’t going too well. He even mistakes an ape named Bubbles for the legendary martial arts master King Kai! Who will be able to stop the evil Saiyans from invading Earth?

The World Martial Arts Tournament (“Tenka’ichi Budôkai” in the manga and video games) is coming up and Videl and Goten are getting ready to compete. One of the skills they must master is flying. Gohan is the wise instructor who teaches the budding fighters the secret to staying aloft. As Gohan and Goten bone up for the loomy tourney, Videl finds herself in a love triangle with Sharpener and the mysterious Great Saiyaman! Watch these three episodes to find out who gets through the prelims and how Videl’s drama unfolds.