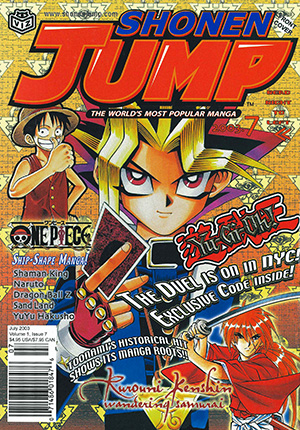 The Legacy Continues on GBA

As every Dragon Ball Z manga fan knows, Goku’s victory over Freeza (spelled Frieza in the game and anime) on the planet Namek was just a prelude to even more daunting battles. The Legacy of Goku II picks up in the DBZ story at roughly the same place as issue 1 of SHONEN JUMP: the ominous appearance of a teenager from the future, Trunks, sets off a sequence of events that will ultimately lead to a confrontation with an evil and powerful android named Cell. The action role-playing game allows you to control the greatest warriors in the DBZ universe–Goku, Vegeta, Gohan, Piccolo and Trunks–as you explore vast worlds in search of your enemies. When you do find a fight, many famous attacks from the manga and anime series are at your disposal, such as Goku’s Kamehameha or Vegeta’s Big Bang Attack.