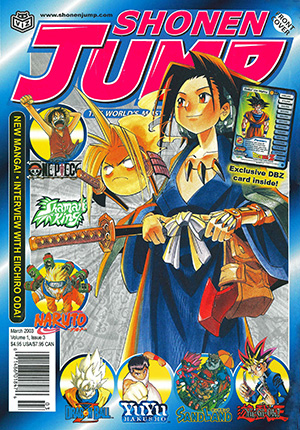 Dr. Gero’s peculiar hobby–building powerful, homicidal androids–finally causes a workshop accident at the start of the seventh Dragon Ball Z movie: Super Android 13. We won’t tell you exactly what happens to him, but let’s just say that, unlike an android, his body parts aren’t detachable. With the good doctor out of the way–okay, he wasn’t that good–a group of previously dormant androids are free to run amok on the city streets. Their mission: terminate Goku!

As luck would have it, Goku and company also happen to be on those very same city streets. Their lazy day of shopping is interrupted by wholesale death and destruction at the mall, forcing them to put away their gold cards and roll up their sleeves for a big fight. One the side of good, you’ll find the usual suspects: Goku, Gohan, Vegeta, Krillin, Piccolo and Trunks. Representing evil: Androids 15, 14 and, last but not least, 13. Android 16 had a prior engagement.1

After saving countless bystanders, Goku and Trunks relocate the action to a desolate arctic area. The heroes have their hands full–but hold their own–in the battle with Androids 14 and 15. The situation deteriorates, however, when Android 13 joins the high-tech tag team. After 14 and 15 are destroyed, Android 13 recycles their parts to transform himself into a Super Android! The process may be environmentally sound, but it also renders 13 virtually unstoppable.

Did you notice we said, “virtually?” Son Goku is a tenacious little bugger once he sets his mind on something–and his mind is set on destroying the deadly ‘droid. The Saiyan hero once again summons the communal energy of Earth’s living creators to power up for the final blow. Will it be enough to stop Super Android 13? You’ll have to buy the video to find out. (Psst…it is!)

The following historical notes are included for the benefit of the reader as supplemental information and were not originally published in the book.
1 Did the article’s author not know or perhaps forget that #16 was in fact in the regular series? It seems odd to call out #16 here in the fluff text.
Transcription & Notes: VegettoEX
« Previous Page
Press Archive