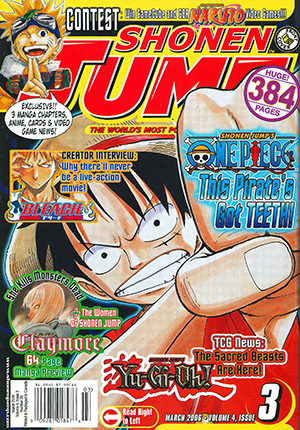 You’ve read the manga, you’ve played the games, but have you ever had the chance to play as Goku right at the beginning of his Dragon Ball existence? Of course you haven’t.

But with Dragon Ball: Advanced Adventure for the Game Boy Advance, available come March, you get to go back to the beginning… when Goku was just a young lad with a tail and a strong fighting spirit.

Advanced Adventure lets you experience the origins of the DB universe through the eyes of young Goku in three dynamic game modes: BochaBattle, TanmanBattle and SkyBattle. You want exciting levels told in story mode — how about 10 of ’em? Unlockable bonuses? Check. Other unlockable characters to discover? You know it.

Dragon Ball Z is entering about new frontier — the gaming world of the PSP. In March, the fighting game Dragon Ball Z: Shin Budokai will hit stores, ready for action wherever you can carry your PSP… which is pretty much everywhere.

Re-experience just how evil and powerful the bad guys are. Take ’em down, or, if you like, play as one of the bad guys and conquer the universe.

Being able to play a villain isn’t the only draw. The combat system allows for counter-attacks, super high-speed bouts, flight and Ki management — all over a high-speed WiFi network. When you choose one of the 18 customizable characters from DBZ and GT (insider tip: one new character is Pikkon), you’ll be able to try out new attacks, in-game transformations into more powerful forms and seven unique game modes.

The next generation of DBZ cards is here: Transformation. On March 15, a new 121-card base set hits the market. With 16 promo cards, card collectors can look forward to these highlights: