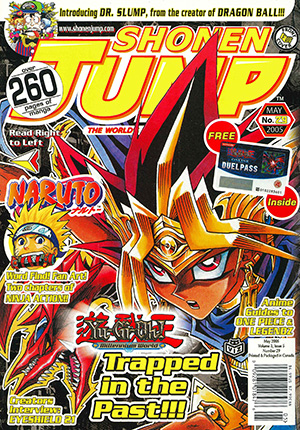 From Dragon Ball to Dr. Slump

In this issue, SHONEN JUMP is giving you a sneak preview of Dr. Slump. It’s a comedy classic packed with adorable characters and all the silliness you could ever want, brought to you by manga maestro Akira Toriyama. Yes, that’s right, the Akira Toriyama — creator of Dragon Ball Z!

Of course, “comedy,” “adorable” and “silliness” might not be the kind of words you associate with the creator of the greatest fighting manga ever made… But then again, the deadly serious, ultra-violent action of what we Westerners call Dragon Ball Z is really just a continuation of Dragon Ball — which was sometimes serious and action-packed, but was just as often wacky, cute, goofy and, yes, even adorable.

So Dragon Ball Z evolved from Dragon Ball by magnifying the action and easing up on the comedy. In the same way, Dragon Ball followed in the footsteps of Dr. Slump, which has some action, sure, but is mainly about laughs. Dr. Slump is the manga that really made Akira Toriyama a big name in Japan. Appropriately enough, one of its main characters, the dizzy genius Dr. Senbei Norimaki, is modeled on Akira Toriyama himself.

Although Dragon Ball isn’t an official sequel to Dr. Slump, the characters did actually meet. In Volume 7 of Dragon Ball, Goku’s quest for the Dragon Balls leads him to Penguin Village, the home of Dr. Norimaki and his girl robot, Arale.

When they met, Goku told Arale that he thinks she’s neat. Odds are you’ll think so too.