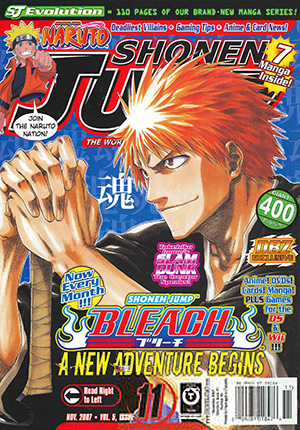 Interview With the Majin! Revisited

Last month1, Akira Toriyama gave revealing answers about his kung fu fantasy Dragon Ball. Here’s the rest of what he told us, including the names of his favorite kung fu movies of all time!
Most of the girls in Dragon Ball Z are beautiful and sexy, but they’re also strong. Is there a reason for that?
The reason is simple. I’m uncomfortable drawing weak females. It’s no fun drawing them that way.
In several parts of Dragon Ball, the most powerful character is actually the smallest, cutest and youngest-looking. For example, young Goku, or Freeza and Majin Boo in their final transformations. Is that because kids are small and cute, but also want to be powerful?
I wanted to go against people’s expectation that the strong ones always get stronger and bigger. I consciously tried to switch between telling a straightforward story and telling one that was unconventional and contradictory.
Do you have a favorite kung fu movie?
I’ve watched a lot of them, but I think Enter the Dragon and Drunken Master are the best kung fu movies ever made. When it comes to movies in general, I’d include Alien and Galaxy Quest. Those four movies are amazing for the way they get people excited!
Would you recommend that readers train in martial arts? And what martial arts are you into?
I think learning a martial art is wonderful for the mind [as well as the body]. I rarely watch TV shows that feature martial arts. Occasionally I’ll watch boxing matches. Boxers who are quiet yet strong are cool! But they’re rare.
Could you give some tips on how to do a cool Kamehameha pose? And what would be the best angle to shoot the action from?
If you move the camera around while you’re shooting, the motion and the edits are going to be complicated. But if you shoot from one place, I’d say it would be behind the person, slightly to the right, if they were posing on that side.
Lastly, is there a question that you’ve always wanted to be asked?
This isn’t something I’ve wanted to say, but my manga-ka friends think it’s unusual. I don’t have much interest in manga and anime, and I hardly ever read or watch them. I don’t understand it myself. I loved manga and anime until I was about 11. After that, I pretty much lost interest, and now I don’t read or watch them anymore. It’s probably because my interest shifted to movies and so on. But I’ve never thought about making a movie. I’d rather think up a manga story. Also, my personality means that I only see what’s ahead. I’ve already forgotten a lot about the manga I’ve drawn. To be honest, I’m often at a loss when I’m asked Dragon Ball questions and end up asking myself, “What is the question about?”

The following historical notes are included for the benefit of the reader as supplemental information and were not originally published in the book.
1 The first part of this interview (“Interview with the Majin“) was published in the October 2007 issue of Viz’s Shonen Jump magazine.
Transcription & Notes: VegettoEX
« Previous Page
Press Archive