The original Nintendo DS served as a worldwide home for a huge variety of Dragon Ball experiences. On the flipside, the 3DS has thus far only produced a middling batch of games, and with the exception of Extreme Butoden, only in Japan. The two Dragon Ball Heroes: Ultimate Mission games never stood a chance for an international release, and with how poorly the games run on the system, only the most dedicated of fans will power through the tedium. Beyond these entries, the only other option has been J Legend Retsuden, itself simply a collection of 8- and 16-bit games.

This all changes as international 3DS gamers finally get a chance to join the whimsy in Dragon Ball Fusions. 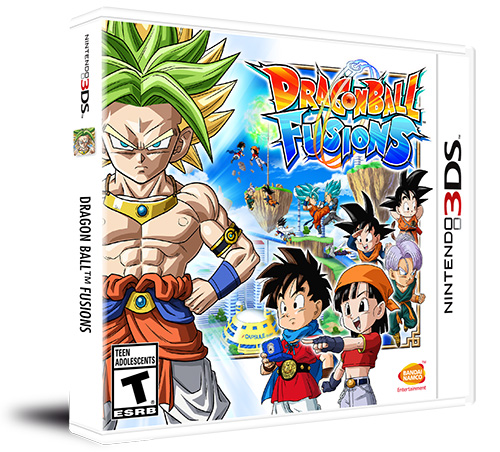 This review is based on the original Japanese version of the game.

Dragon Ball Fusions served as wonderful validation for the purchase of a Japanese Nintendo 3DS following sporadic, unenthusiastic Dragon Ball Heroes: Ultimate Mission 2 sessions. The game was released at a perfect time in Japan (August 2016): a few months ahead of the impending Xenoverse 2 on consoles, giving it ample breathing room before the next experience.

Roughly 50 hours were sunk into the game pre-review, with a wide variety of main story, side missions, and fusion-grinding comprising said gaming time.

Dragon Ball Fusions pushes the aging Nintendo 3DS hardware in all the right ways. From colorful landscapes to inventive mook designs to blistering attacks, the game runs like butter and brings a smile to your face the entire time. Each of the main hubs are themselves mish-mash sections from different eras and locations of the Dragon World. You will find yourself flying from city to arena to island, through waterfalls, around mountains, and into rifts for battles. The level of detail is impressive, with jelly beans floating around the Movie 12-inspired afterlife, swirling lights emanating from portals, and much more. 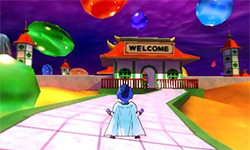 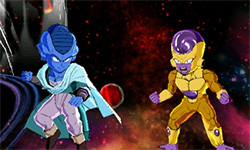 The random aliens and henchmen that comprise the cast of hundreds run the gamut from palette swaps to original creations. For every generic “Ariaano” Whis-alike you encounter, there is an interesting and colorful ally to recruit. The game relishes in its fanfic glory, introducing original characters like the “Saibaiking” complete with their own motivations and goals. 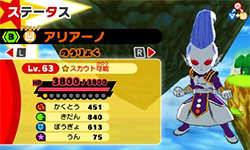 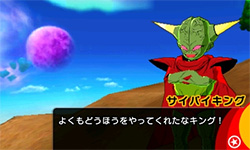 The soundtrack in Dragon Ball Fusions is perhaps the most “Dragon Ball” we have ever received short of the Shunsuke Kikuchi re-orchestrations in the Sparking! and Raging Blast games. The Fusions score reflects the roots and tone of the series with appropriate vibraslap to equal out the wailing guitar. Entering the Cell Games arena for the first time and hearing that scene’s music – even acknowledging the ridiculousness of the game – was as impactful as other musically-significant scenes from the original show. The music truly is that good, hitting each note from scene-to-scene, never missing a beat.

The absurdity of the story in Dragon Ball Fusions – you and a friend are sucked into a colorful, twisted version of the Dragon World – is just enough to invite you in, but it is the rest of the game that will grab you for hours on end. The main campaign pushes you along the expected paths, but throws enough new material at you to keep you guessing. From making your first friends (Goten and Trunks) to battling your first original fusion (Nappa + Raditz = “Natz”), the game respects its source material while relishing in its own, original brand of hilarity. 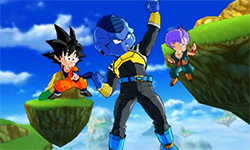 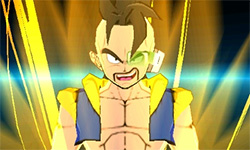 Dragon Ball Fusions has perhaps been most accurately described as a turn-based strategy/fighting game with marbles. Up to five-on-five battles take place on a map, and characters take turns attacking as their icon scrolls across a bar at the bottom of the screen. Certain characters may be faster than others, or have stronger physical versus energy attacks, leading to a bit of strategy in your battle plan. When attacking, you can choose to angle yourself from any of eight directions, while your opponent defends from the same available directions. If your attack lands in an empty defense slot, the attack succeeds; if not, you will barely scrape your opponent. 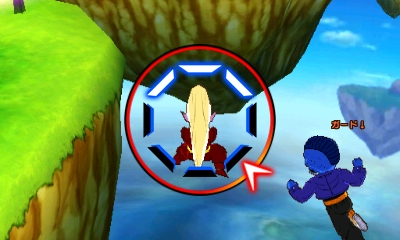 Further strategy comes from both positioning yourself on the map and in your attack direction to not only ping-pong opponents back and forth into each other, but also to enable follow-up attacks from your teammates. Knocking an opponent out of the ring sends their icon further back on the progress meter, while whittling their energy down to zero knocks them out of the fight completely. Do you go for the “clean” hit from behind to knock them out of the ring? Or are they expecting that, and should you go for a side-attack that knocks them into a teammate dealing damage to them both? These are far from the most complicated decisions, but they add just the right amount of depth to the endless stream of battles. 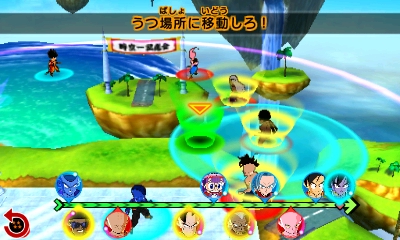 As you can imagine, the game ramps things up with super attacks that hit specific ranges across the map, healing techniques, maps with unbreakable walls or narrow corridors, and even bosses such as Hildegarn that cannot be directly attacked themselves. Things may appear easy early on with a C-Rank Kamehameha that can knock an entire team across the map, but there is certainly give-and-take with upgraded abilities and the stronger and stronger foes you will come up across. 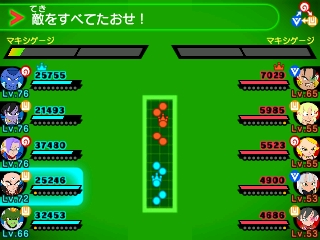 Beyond the main story’s opponents, other teams of foes can be seen flying around the world map much the same as yourself, as well as unlocked through a wide variety of side-missions. Knocking your opponents out of the ring with your special “Zenkai” (or “Full Throttle”) attack is the key to recruiting new allies, giving you plenty of reasons to explore and experiment with new characters. The only real downside here is that by requiring the “Zenkai” attack to recruit new characters (itself dependent on a meter that builds up as you both perform battle actions and receive damage), you may find yourself occasionally turtling during a fight and waiting for just the right moment to attack. This is especially frustrating in the end-game when your characters are extremely over-powered, and a mistaken knock-out or whiffed “Zenkai” attack can send you back to the drawing board for who to recruit. 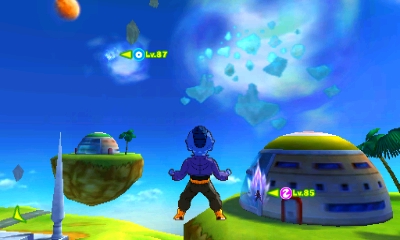 Battling and recruiting garners you progress in one of five types of energy meters, one per type of character (Earthing, Saiyan, Namekian, alien, and “other realm”-being). At first you will only be able to amass a small variety of these, but as the game opens up, you will need to recruit specific types of characters to then gather their energy to then unlock areas both for the main story and side-missions. 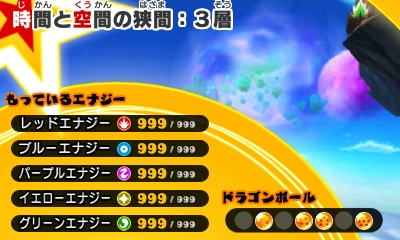 It sounds more complicated than it really is, and other than some of the larger areas, plowing through the main story will get you most of the way there as it slowly dishes out new methods for collecting energy, traversing the world, and learning special techniques. You will spend a good amount of time at your home base, a spaceship where you can adjust your team, change your outfit, fuse new characters, and wander around to chat with your fellow teammates.

The post-game is similar to Pokémon in that the whole world is open to you, a few bonus areas on the map open up, and what you might consider the equivalent of “legendaries” start to be come available to battle and recruit. The end-game fusing and battling is also pretty similar to Pokémon; some of the best fusions aren’t available until the base characters are at a certain level, so you will need to grind them up a little bit. That being said, the grind never feels particularly sloggish considering how many side-missions there are and how fun the world is. The random mook characters all have their own individual profiles, which helps flesh out the world even more. 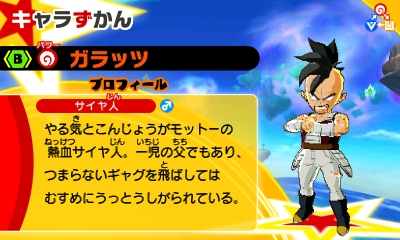 Garattsu
(Saiyan; male)
A hot-blooded Saiyan whose motto is “willpower and grit”. He’s also the father of one daughter, who gets annoyed whenever he lets loose with a corny joke.

There is always something new around the corner, whether it be a side-mission with a hilarious character, a new technique to try out in battle, new titles and achievements to put toward more character unlocks, and so much more. Don’t pass up the chance for Piccolo to meet Piccolo, Gine to meet her son, young Trunks to meet his aunt, or to help Yamcha avoid his Saibaimen-fighting duties. 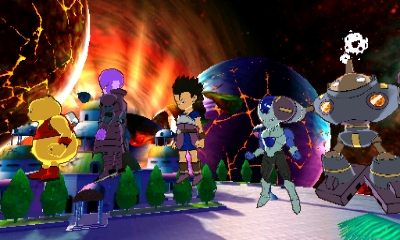 Ganbarion and Bandai Namco have already released two major content patches for the game in Japan (with another on the way next month) which have added new characters, fusions, and techniques from Dragon Ball Super. With the staggering amount of free, post-release support Ultimate Mission 2 and Extreme Butoden have received, the future of Dragon Ball Fusions seems equally bright. 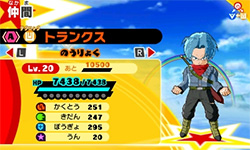 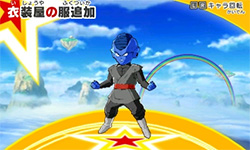 Whereas Dragon Ball Heroes is content to throw new costumes or transformations onto characters and call it a day, Dragon Ball Fusions one-ups the absurdity with complete self-awareness. It packs the “gotta-catch-’em-all” mentality from Pokémon with fun missions, clever dialog, and an amazing presentation. There are unfortunately a couple downers (building up your meter for a “Zenkai” attack, timed mini-games tasking you with flying through rings, battling countless foes to merge space/time rifts), but nothing so overwhelming as to make you want to stop playing. That pull is always there, ready to drag you back in. Fusions themselves — whether they be traditional dance fusions, the EX fusions, or even the full-team fusions — are interesting in their own right, but play a supporting role to the world itself which steals the entire show. 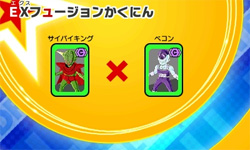 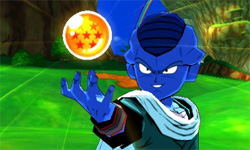 When it comes down to it, Dragon Ball Fusions is one of the most original and whimsical games the franchise has received in recent history, and I cannot wait to do it all over again in the domestic release. 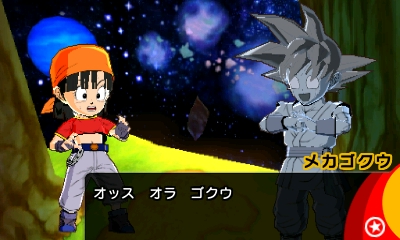 Dragon Ball Fusions may be available at the following retailers: