The Legend of Saiyan series is a line of three-inch figures that comprises nearly the entirety of the Saiyan race shown in the series — named and un-named alike! It is the follow-up to the Freeza’s Force line, which did the exact same thing with Freeza and his various minions. The figures have been released in small batches at a time, usually with at least some amount of relevance and connection within individual lines (for example, Bardock alongside his four subordinates). As a subset of the line, larger figures have also been released under the “DX” label. This particular review will focus on the “mini-figures”. As-of this review’s publication, thirty total figures from six lines have been released.

The review of these figures was made possible by your referral purchases on Play-Asia. If you are interested in contributing to the site, please visit our “Donate” page.

After enjoying the Freeza’s Force line so much, this was one I could not pass up! A sub-$10 price point with a wide array of characters to choose from, allowing me to sink even deeper into my moderately-unhealthy fascination with obscure characters? Let’s rock.

Similar to the Freeza’s Force line, each of the series of figures come in a box that is hued in a slightly different way (such as green or red), which has been taped shut along three sides. The front of each box has a complete image of the figure superimposed over top an image of the other characters from that same subset. Along the bottom, the character’s name is listed underneath the specific line within Legend of Saiyan that it belongs to, along with its individual number. The entire series is branded with the Dragon Ball Kai name. 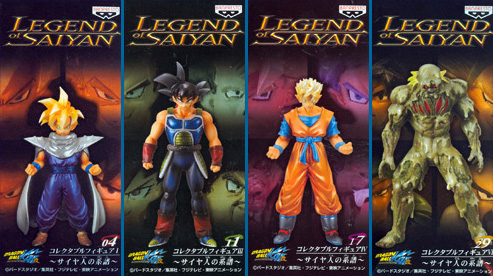 Inside each box, each figure is contained within a plastic wrapper, which itself has another section for the base which the figure stands on. 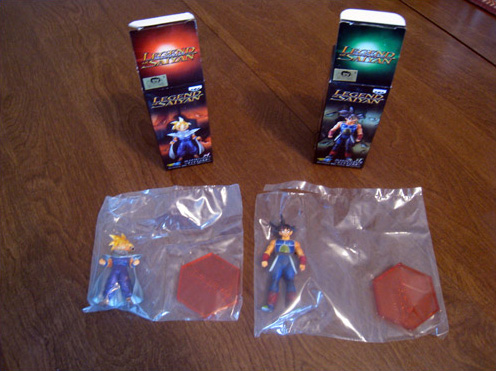 Your shipping and packaging type may vary depending on how and where you pick up a Legend of Saiyan series figure.

Unlike the Freeza’s Force figures previously reviewed, all of the Legend of Saiyan figures reviewed here came fully intact, instead of separated into a few limbs and torsos here and there.

The figures have an interesting sheen to them. Gohan’s cape in particular is especially silver (as opposed to the standard white from the series). The colors are extremely bold and bright, making for some great showcase pieces to spread across a shelf. With some direct light on them, the colors and sheen really stand out. 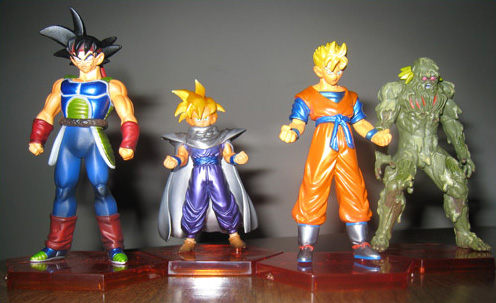 While extremely light and a tiny bit soft if you press hard, these are very solid PVC figures. Each of the figures are about three inches tall — I say “about” three inches because they do slightly vary from character to character. There is a bit of self-consistency within the line, with the younger Gohan significantly shorter than the adult characters, but acceptably so. The width varies depending on the character and their stance, though they do not extend past the width of the two-inch base. The six-sided bases can all be placed next to each other to form some pretty lovely displays. 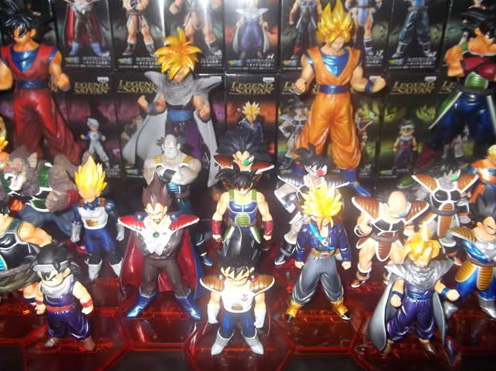 There is no articulation with the Legend of Saiyan figures. The characters stand on their base with no room for any movement. Each foot has a tiny hole that plugs into a piece on the stand. 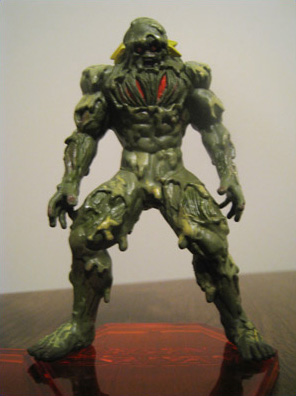 The figures certainly look best from a distance, but still hold up nicely at close examination. Bardock’s face in particular has an incredible amount of detail, right down to the clear scar on his left cheek. Where applicable, everyone also has the right amount of grit, as well.

I did notice what appears to be a painting error, however, on my Super Saiyan Future Gohan — there is a tiny, blue dot on his right-side chest. I noticed it immediately upon taking him out of his box, so it is not just a minute detail that can be overlooked. 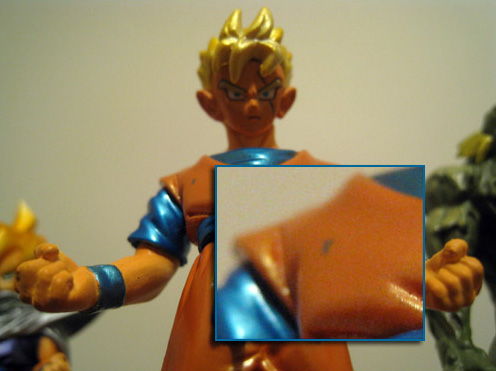 There really is not a whole lot more to say about the construction and appearance of the figures — when you consider the price being paid for them, the build quality and paint job is pretty satisfactory. The faces do not look quite as nice as what we saw in the Freeza’s Force line, but it still works.

Much like Freeza’s Force, the Legend of Saiyan series of figures dips into the obscure, dishing out figures of the “Illusion Saiyans” from early DBZ filler alongside over-exposed characters such as Broli. There is pretty much something for any type of fan, provided you like at least one character that has even the slightest amount of Saiyan blood in them.

Hopefully there is a bit of life left in the line of figures — they have yet to dip into the Majin Boo story arc at all, which would bring us Super Saiyan 3 Goku, the kids, even more forms of Gohan (possibly even Great Saiyaman)… the list goes on and on. It goes even further if they wish to dip into Dragon Ball GT with its Super Saiyan 4 form!

There is still a little bit left to go the other way, too, though. How about some more obscure characters? The un-named characters were some of my favorites in the Freeza’s Force line, and I cannot imagine anyone turning down a figure of this badass ancient Saiyan lady: 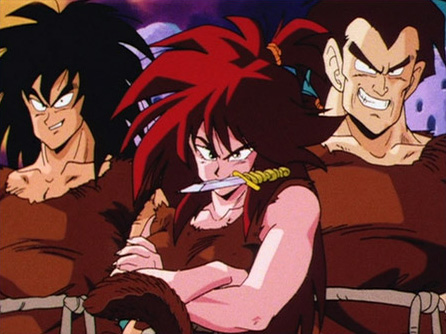 For the price (somewhere around $5-6), these figures are well worth it for the slightly-“hardcore” fan — obscure characters with moderate detail are always a fun romp. The same price range typically gets you much smaller figures, so a guaranteed character that looks pretty spiffy and stacks nicely at the base with all of his companions makes for a particularly cool arrangement.

The Legend of Saiyan figures (along with their “DX” counterparts) are currently out of print (though some are occasionally still available via Play-Asia).