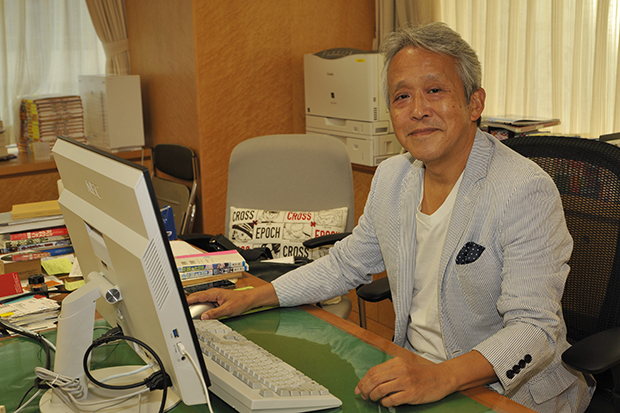 Approaching its 50th anniversary in 2018, Weekly Shōnen Jump has become a hot topic, including being featured in Oh My Jump!1, a commemorative drama that began airing in January. In the past, the magazine was home to an editor who became legendary in the manga world, the man who was the first to discover the talents of the Akira Toriyama, creator of the nationally-treasured manga Dragon Ball. He also took writer Yūji Horii and turned him on to the world of games, resulting in the renowned RPG Dragon Quest. He served as the magazine’s editor-in-chief from 1996 to 2001, and is currently the president of Hakusensha. His name is Kazuhiko Torishima (65 years old). In the 80s and 90s the magazine had a print run of over five million copies, and he reminisced with us about his memories from that Golden Age.

The following translator notes are included for the benefit of the reader as supplemental information.
1 Oh My Jump! is a live action drama that aired from 13 January 2018 to 24 March 2018. The plot centers around group of adult fans of Weekly Shōnen Jump.
2 Shortened name for Weekly Shōnen Sunday, a manga magazine that began publication in March 1959.
3 Shortened name for Weekly Shōnen Magazine, another manga magazine that began publication in March 1959.
4 Momotarō Dentetsu (“Momotarō Electric Railway”) is a series of video games that first began releasing in Japan in 1988.
English Translation: sailorspazz
« Previous Page
Translations Archive