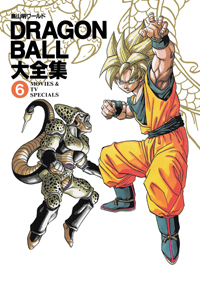 6th Round — Origins, and Onward to the Future…

Overflowing with a curiosity double that of others, young Akira Toriyama was enthralled by animation and illustrations. And then, that young boy became a cartoonist who would give people excitement, laughter, and emotion. In order to express his feelings of excitement to the masses, Akira Toriyama now continues his great quest in search of the next wild tale…