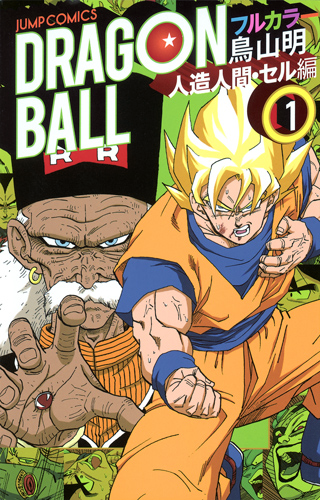 We answer your naïve questions about the characters and scenes that appeared in the “Artificial Humans & Cell arc”.
Q1: What sort of person is Dr. Gero?
He’s an evil genius scientist!
In order for the Red Ribbon Army to achieve world domination, he developed Artificial Humans as weapons!
Q2: What’s the Red Ribbon Army?
Bad guys who were collecting the Dragon Balls!
An evil armed force that was collecting the Dragon Balls through underhanded means. This caused them to be destroyed utterly by an enraged Goku.
Q3: How did Trunks get strong?
He trained with Gohan!
Though he lost his arm in an attack by the Artificial Humans, Gohan raised Trunks into the last remaining warrior!
Q4: What’s the “Capsule” that Trunks used?
An amazing tool that can store anything!
A capsule of a few centimeters can store even a car or a plane! It’s a groundbreaking invention from Bulma’s father, Dr. Brief.
Q5: What sort of place is South City, which was attacked by the Artificial Humans?1
The Tournament Arena for the Tenka’ichi Budōkai is nearby!
A metropolis on a large island floating in the southern sea. Papaya Island, which is where the Tenka’ichi Budōkai is held, is nearby.

Q6: Why did Dr. Gero create the Artificial Humans?
So they couldn’t be used by enemies!
With normal mechanized weapons, there’s the risk that they will pass into an enemy’s hands and be used by them, so he took the drastic step of developing Artificial Humans, who possess the ability to think for themselves.
Q7: Did Dr. Gero make anything apart from Artificial Humans?
All of the Red Ribbon Army’s weapons!
The Red Ribbon Army’s weaponry was all made by Dr. Gero. Gero was a founding member of the Army to begin with, and was also effectively in control.

1 As any fan worth their salt knows, Nos. 19 and 20 actually attacked “an island nine kilometers southwest of South City”, as stated in this very book! It appears someone at Shueisha hasn’t been paying attention.
English Translation: SaiyaJedi
« Previous Page
Translations Archive