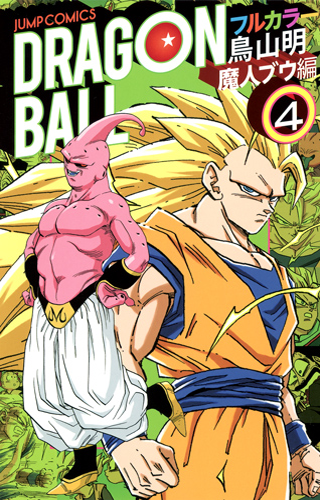 This time around it’s an extra-large collection about the various techniques Goku and co. use. You’ll even learn the secrets of Fusion!!
Q1: Besides Fusion, tell me what other techniques Goku has learned from others!
Here’s an introduction to Goku’s major techniques and the people who taught them to him!

Kamehameha
Teacher: Kame-Sen’nin
As a boy, Goku learned Kame-Sen’nin’s technique by copying it after he saw it once. It’s the first technique Goku ever learned that uses ki.

Teleportation1
Teacher: the people of Planet Yardrat
It’s a move he learned from the people of Yardrat, who are said to use weird techniques.

Kaiō-ken
Teacher: North Kaiō
It’s a technique that even Kaiō couldn’t master. Goku acquired it through his training on Kaiō’s planet.

Genki-Dama
Teacher: North Kaiō
He got it from Kaiō along with the Kaiō-ken. Goku was the first to ever master it.

Q2: How did you come up with the actions for Fusion?
Toriyama: I thought of it by watching TV!
I wanted to make it have these stupid poses even though it was an important technique, so I settled on this sort of action. I think I probably got the hint for the “Sion” part from performers’ signature poses when I was watching TV.
Q3: Is there any importance to those seemingly pointless “Fu” and “Sion” poses?
Toriyama: They’re incredibly important!
The series of movements leading up to “Ha!” are important for syncing the two people up and also concentrating their minds. But once you get really good at it, it’s also possible to merge with just the “Ha!”
Q4: Can anybody perform Fusion if their body size and power are the same?
Toriyama: It’s hard, but they can!
I think it’s possible to merge no matter the conditions, as long as it all goes well. I even think it’s possible for a larger number of people. However, since it’s quite hard for both parties to strike that delicate balance, it’s very difficult for two extremely different people to fuse. In that sense, synchronized swimmers would probably be really good at Fusion. By the way, there are many different types of Fusion, and the kind Goku learned is the one for increasing battle power.

If a man and a woman fused, maybe they’d end up like a drag queen? A super-duper strong drag queen; it might be kind of interesting. I should have drawn that back during the serialization. (laughs) I kind of regret [not doing it].

Q5: How do you think up the technique names?
Toriyama: I give them the sorts of names that it seems the character would give them.
Vegeta seems like he tries to be cool by giving them English names (laughs). And Piccolo is tasteful with kanji. Actually, I don’t like giving techniques names all that much. If you called out your technique’s name during a fight, you’d probably get your ass kicked.
Fusion: Inside Scoop
Toriyama: I actually tried out Fusion for myself (laughs)
I was wondering just how the arm movements should go and how many steps you should take and whatnot, so I secretly did it by myself (laughs). You can tell if you try it out, but you actually walk three steps.